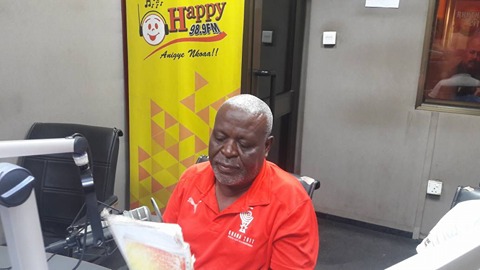 The Ghana Football Association has barred people caught in the Anas expose from attending its Extra-Ordinary Congress slated for Thursday September 5 in Accra.

In a statement signed by the association’s Deputy General Secretary, Alex Asante, the GFA said the decision was pursuant to a decision of the GFA Executive Committee on June 5, 2018, which asked all persons implicated in the Anas documentary to step aside until the Ethics Committee decided on their conduct. 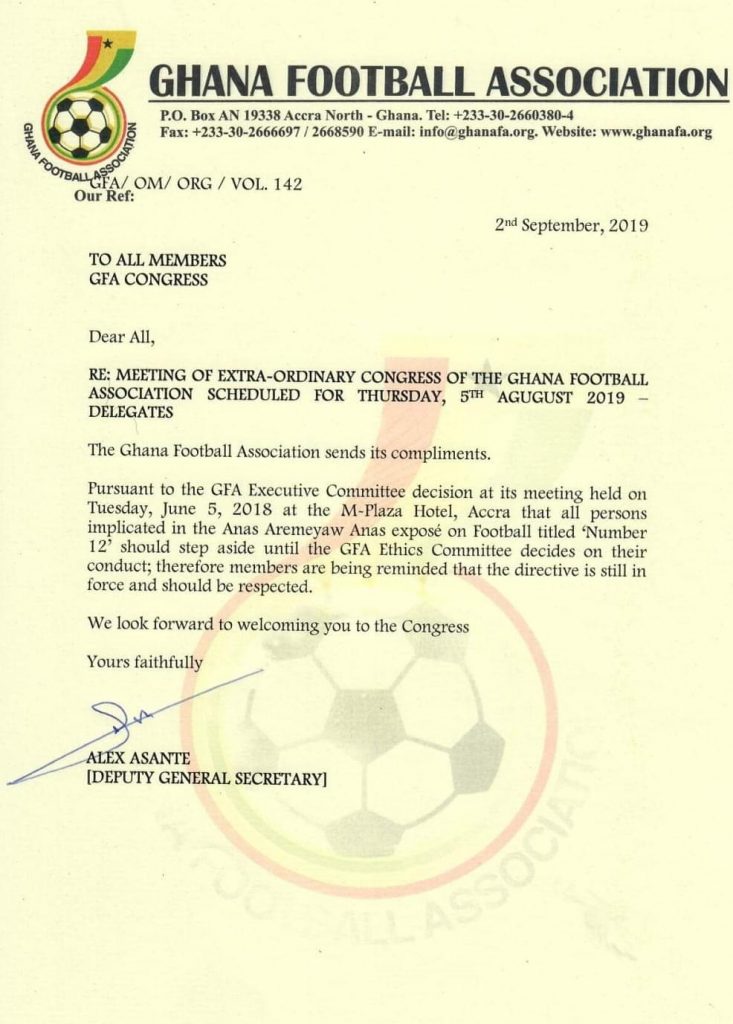 The likes of Kofi Manu “Blue Boy” and Greater Accra Regional FA boss, Eddie Doku, among others, were all taped in compromising situations during the investigation by Anas Aremeyaw Anas.

Kofi Manu, despite that June 5 decision, has still been active decision making of clubs looking to wrestle football administration from the Normalisation Committee.

He was recently included in a 7-person committee to review the draft statutes of the GFA before he was subsequently kicked out of the committee following protests by other members.