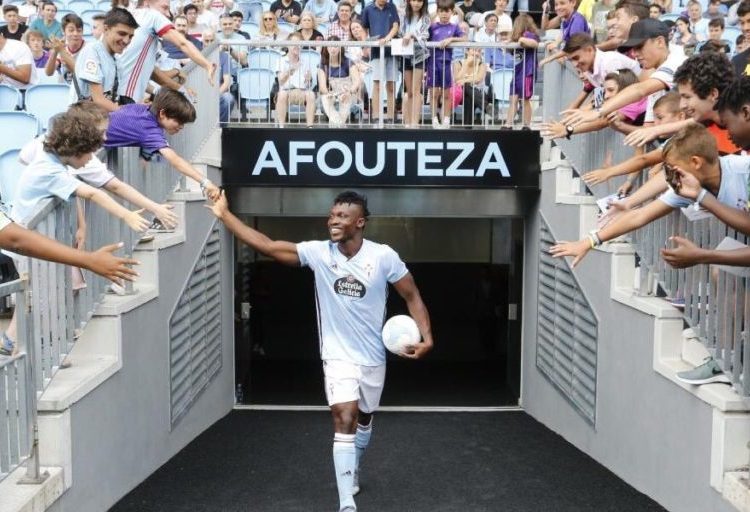 Starting a game for a club will make every football player happy and Joseph Aidoo had the same experience when he got the chance to make his debut for Celta Vigo on August 24.

Aidoo joined the team in the transfer window from Genk in Belgium and he was handed a place in Celta’s lineup  they faced Valencia at the Bailados in their second game of the new season.

In an interview with Celta Vigo that was shared via Twitter on Wednesday, Aidoo spoke on the joy he felt when he got the chance to play in the team’s first match of the 2019/2020 La Liga season.

“It was a very nice feeling when I got to know I was starting against Valencia and it was equally good seeing my name on the back of the Celta jersey. In the end, we won the game and it was really fantastic.

Last season, Aidoo played 33 times for Genk in the Belgian league and his performances satisfied Celta to the point that they spent 5 million euros to get him into their fold. The player spoke on how the move came together and his impressions of the game in Spain.

“When I first heard that Celta were interested in me, it was during the off-season. The negotiations between the two clubs were taking place while I was the 2019 AFCON with the Ghana national team.

I think that Spanish football has really matured and you need to have a concentration level of more than a hundred percent to succeed in this league.”

After the international break, Celta Vigo will face Granada on August 15 and Atletico Madrid on August 21 and the expectations are that Aidoo will be involved in those two matches.