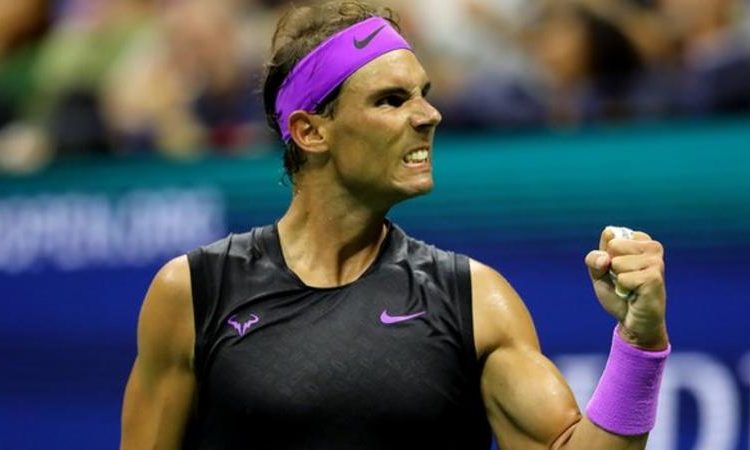 Rafael Nadal remains the favourite to win the US Open and move within one on Roger Federer’s tally of 20 Grand Slams after a hard-fought quarter-final win over Diego Schwartzman.

But he was made to work as Schwartzman twice rallied from four-game deficits in a stuffy Arthur Ashe stadium.

Three of the men’s semi-finalists – Berrettini, Grigor Dimitrov and Daniil Medvedev – have never played in a Grand Slam final.

Nadal, who won his 18th Grand Slam with a 12th title at Roland Garros in June, has been considered one of the favourites in New York from the start of tournament, with the other two members of the ‘Big Three’ – Serbia’s world number one Novak Djokovic and Swiss great Federer – also tipped as the men to beat.

That has been a familiar pattern over the past decade such has been the trio’s dominance, showing no signs of changing despite all three men entering their 30s.

The past 11 Grand Slams have all been won by either Nadal, 32-year-old Djokovic or 38-year-old Federer.

But the departure of 2018 champion Djokovic, who retired from his last-16 match against Stan Wawrinka with a shoulder injury, and Federer’s quarter-final exit against Bulgarian world number 78 Dimitrov, has given the opportunity for Nadal to make a serious move in the race to be considered as the greatest player of all time.

If Nadal lifts his fourth title at Flushing Meadows he will move within one of Federer’s tally for the first time.

Before thinking that far ahead, Nadal had to see off a courageous challenge from Schwartzman, who levelled from a double break down in each of the first two sets.

A strange start saw Nadal race 4-0 ahead before the diminutive Schwartzman, backed by vociferous Argentine support on an atmospheric Ashe, hit back with four straight games of his own.

Momentum continued with Schwartzman, who created two break points for a 5-4 lead before the Spaniard dug deep to hold and clinch the opener with another break.

Remarkably the same pattern continued in the second set, Nadal moving a double break up before Schwartzman fought back from 5-1 – with a forehand winner after a desperate scramble leaving even his opponent clapping – to level at 5-5.

Again Nadal’s nous proved the difference at the crucial moment, taking Schwartzman’s serve in the 12th game with his third set point.

With the clock ticking past midnight, swathes of seats became empty in the early part of the third set as some spectators left for home.

Luckily for those left Nadal wrapped things up quickly, breaking twice without reply to clinch victory in two hours and 46 minutes before embracing Schwartzman at the net.