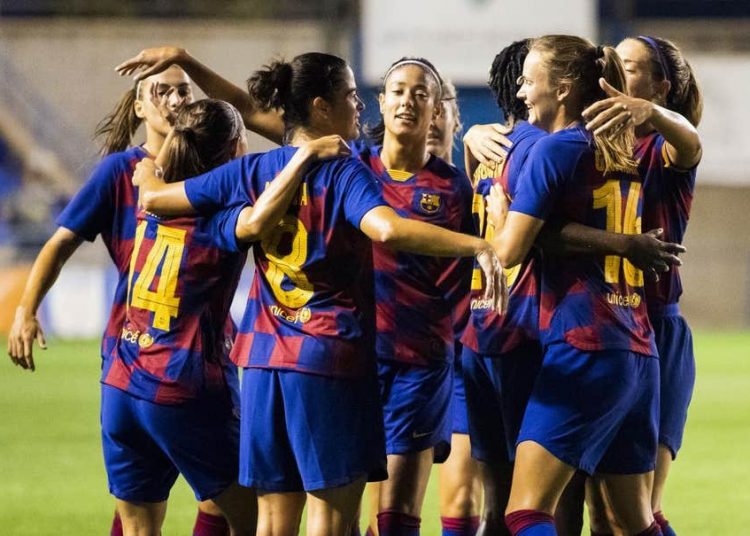 Spanish international striker Jenni Hermoso scored a hat-trick as Barca, second in last season’s Liga Iberdrola and beaten finalists in the Champions League, strolled to a comprehensive victory in the opening game of the season.

CD Tacon, promoted in the summer and taken over by Real, now train at Madrid’s base at Valdebebas and competition rules mean they have to keep their name until next summer.

However, this game was seen by many as an unofficial Clasico and was the first fixture for Barca’s women at the recently inaugurated Estadi Johan Cruyff, which is located at the club’s training ground at Sant Joan Despi.

Barca were 4-0 up at the interval and Hermoso did not even come on until the 53rd minute, completing her hat-trick late in the game with the Catalans’ seventh, eight and ninth goals.

CD Tacon are at home to Sporting Club de Huelva next weekend, with Barca in action away to Rayo Vallecano in the second round of fixtures.