“I have the relevant experience to run the GFA”- Fred Pappoe 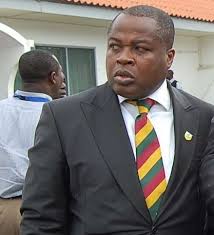 Former Vice-President of the Ghana Football Association, Fred Pappoe, believes he has the knowledge and the experience that is needed to head the new administration of the Ghana FA and thus, should be given the chance to replace Kwesi Nyantakyi as Ghana football’s highest executive.

Pappoe worked with the Ghana FA between 2005 and 2015 before leaving to try his hands on other ventures.

Speaking on “The Game Show” on Uniiq 95.7FM on Monday, the Great Olympics board member said that he had a lot of respect for all the people who had stated their interest in running Ghana football.

However, despite all the respect, he was of the conviction that all the years of working in Ghana football and playing key roles in some of Ghana football’s biggest successes had given him so much knowledge and insight that would prove key in running the local game.

“All the people who have shown their interest are very qualified and they are knowledgeable men.

However, I will say that I present a unique set of qualifies and characteristics that put me ahead. I have experience that I will describe as decorated.

When I was with the FA, I was the chairman of the Black Stars management committee and I oversaw our World Cup campaigns in 2006 and 2010. They were successful too based on the reception we got in and outside Ghana. For that, I got two Order of the Grand Medal Awards (Civil Division for Excellence in Sports) from former President Kuffour and the late President Mills.

Let us add that the during the best years of the past FA’s administration between 2006 and 2011/12, I was a very active member as the Vice-President.

In addition to these competencies and experiences, I am a listener and a unifier and I am a sticker for accountability and transparency. I am not saying that the other gentlemen who want the position do not have these traits but if you take a cumulative look at what is needed for the FA, I would say that I stand tall.”

When asked on what affected the previous regime, Pappoe said that the absence of divergent voices and opinions proved costly. He explained that the situation bred an environment where there were no checks and balances and that was a major problem.

“The leadership of our game did not benefit from the diversity of ideas. There was a good reason why we had an Executive Committee that had 22 members meeting at least once a month.

Like the board members of a company, they were to keep each other in check but then, a good number was not talking.

In that case, you create a situation where if one person is going wayward or wrong, you cannot bring the person back to the good path. That was I believe affected the previous regime.”

He said that restoring the good brand of Ghana football was a major task he hoped to undertake should he given the nod to head the FA when the elections are held.