Carl Frampton fired up for November 30 showdown against Dogboe 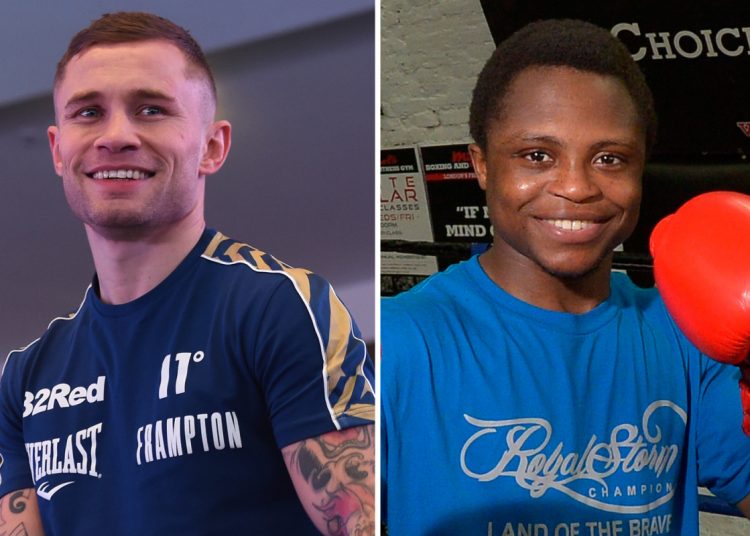 Isaac Dogboe’s next opponent Carl Frampton, says he’s fired up for his upcoming showdown with his Ghanaian opponent.

Frampton is expected to start punching again in two weeks, as he continues to recover from a hand injury he suffered last month.

The Irish boxer returned to training earlier this month, and is expected to have a scan on the injury in the coming days.

“It hasn’t been a struggle at all to start thinking about the next one (against Dogboe). It’s added a bit of fuel to the fire, he told MTK.

“I’m genuinely more determined to get back in the mix now and start getting involved in big fights.

“I was angry when the injury happened, but I feel like I’m more determined than ever to get straight back at it now.”

Dogboe and Frampton will square off in California on November 30 in a non title bout. The fight will serve as a return for both fighters, after both boxers lost their last fights – Dogboe losing to Emmanuel Navarettte, and Frampton against Josh Warrington.

Dogboe was in line to face Michael Conlan, but the Irishman instead opted for a rematch against Vladimir Nikitin in December.