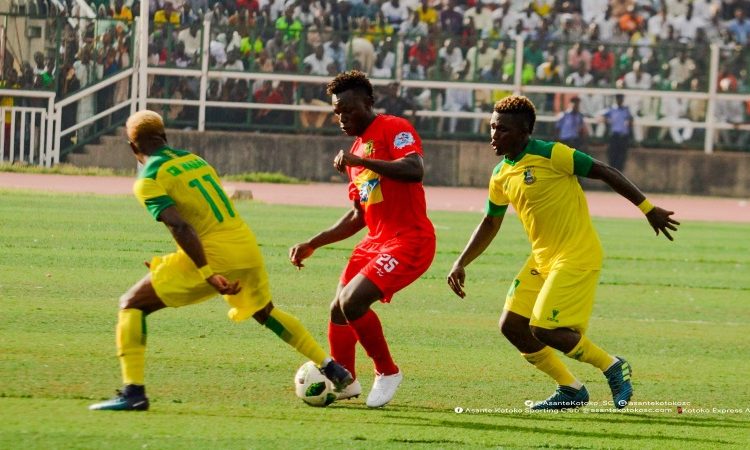 Asante Kotoko will have to seek a new venue for their home games should they make it past Etoile Du Sahel and into the Group phase of the CAF Champions League.

This is because the National Sports Authority have confirmed that plans are advanced to close down the Baba Yara stadium in Kumasi.

This is in line with a holistic renovation exercise of facility.

The renovation forms part of a grand scheme to improve the working standards of the various stadia in the country ahead of the 2023 All African Games which the country has won the bid to host.

The Porcupine Warriors are set to take on their Tunisian counterparts on Sunday September 15 at home in a game that is expected to attract a massive crowd.

In an interview with Citi Sports, Director General of the NSA, Professor Patrick Twumasi admitted that Kotoko’s African campaign has caused plans to stall in the interim but once the upcoming game is cleared processes are expected to speed up.

“There is a bigger plan for our renovation works in our stadia.

Procurement processes are being taken care of and once that is done the contractor will be on site.

One other thing that is also delaying the project is Kotoko’s CAF Champions League.

They may be able to play some of their matches there but once the procurement processes are almost ready we will relocate their matches to Accra or some other stadium,” he stated.