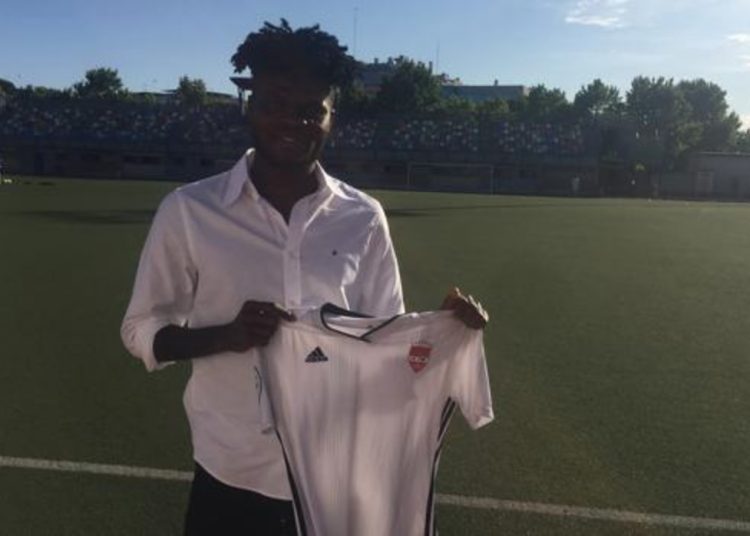 Ghana’s Thomas Partey and three of his associates have acquired stakes in Spanish 3rd division side, Alcobendas Sport and have now become owners of the club.

The move was announced by Spanish portals, Mundo Deportivo and ABC, on Tuesday after Partey was seen at the club’s Luis Aragones Stadium over the weekend.

Partey has followed the lead of footballers who have decided to give back to the game by owning clubs and giving opportunities to other footballers.

The likes of David Beckham, Ronaldo of Brazil, and the former Man United players who own Salford are all active in the game as owners or people who administer football clubs.

For the people at the club, they are very appreciative of Partey’s decision to support the team and that feeling is expressed by the team’s coach, Javi Baños.

“For the team’s players, seeing a La Liga player in their locker room to give them encouragement gives them a lot of confidence. The first time he entered you could see that many of the boys had their eyes eyes wide open.

He is already a top player and we see him in the Champions League and any advice he gives us can help us a lot.”

Jose Jose Jimenez, a son of one of the other shareholders of the team, told Mundo Deportivo in an interview that Partey was very open to the idea of being part of their plans to own the club.

“Well, we were offered us this possibility and we found it an interesting project and we decided to go for it.

I am Thomas’ representative as well as his friend and so, when the chance presented itself, we asked him if he wanted to participate. He was very welcoming of the idea.

He is a person with a tremendous heart. So from now on we will suffer together from the box every Sunday, now not only with those of Atleti now we also have those of Alcobendas Sport ”.

Even though the move is exciting is for everyone involved, Partey has a more measured approach and concedes that the task of getting the team up the league pyramid will be tough.

“We are very modest here and we will take things slowly. We have our feet firmly on the ground at the moment,” he told ABC in an interview.

Alcobendas, which was founded in 1995, plays its football in Madrid and its Luis Aragones Stadium has a capacity of 3,000.