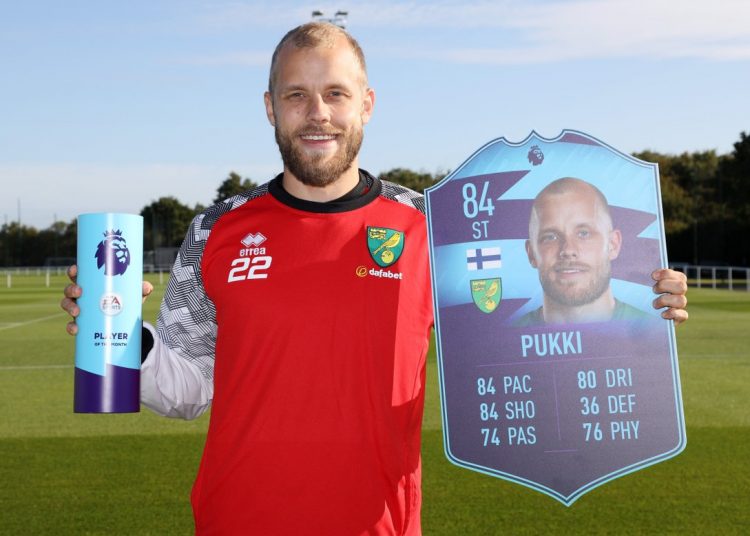 Norwich forward, Teemu Pukki has been named as the Premier League Player of the Month of August.

The striker who scored 29 last season to help Norwich gain promotion to the league and has continued with his blistering goal-scoring form.

The Finnish striker has enjoyed a remarkable start to his Premier League career, scoring five times and assisting one in his four league games, including a hat-trick in the 3-1 victory over Newcastle United.

“It’s a big honour. It’s been a great start to the season so I’m really happy about it and we now need to start getting more points.

“I couldn’t have won this award without my teammates. They’ve been giving me lots of good assists and I really need to say a big thanks to all of those guys.

Congratulations to @EASPORTSFIFA Player of the Month for August… Teemu Pukki!#PLAwards pic.twitter.com/uvCeRBjnVn

Norwich City will host the champions, Manchester City on Saturday.