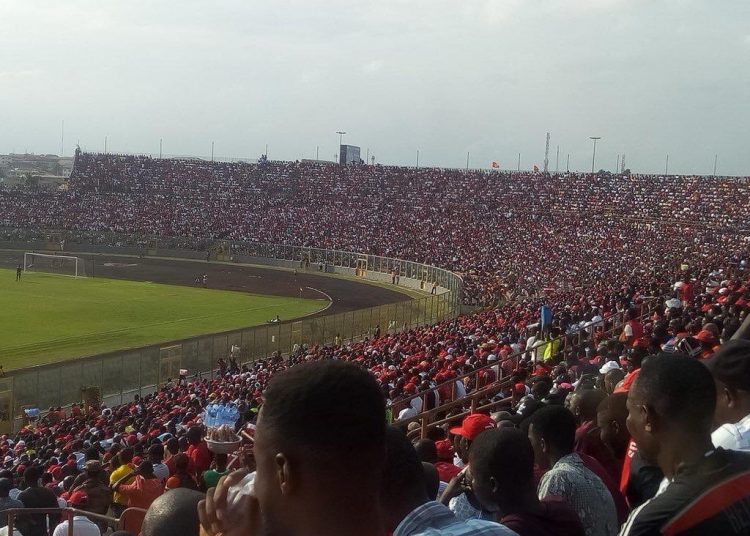 Asante Kotoko scored big against Etoile du Sahel not only on the pitch but in terms of the financial books after their clash on Sunday.

Kotoko recorded an amount of GHS 653, 000 gross from gate proceeds which was an improvement on the GHS 509, 000 they made when they took on Kano Pillars in Kumasi in the previous round.

For Sunday’s match, tickets were priced at  GHS 20 for all the regular stands while the VIP area went for GHS 50.

Sources close to the club provided the following details when asked for how much was spent on the obligatory payments Kotoko made on the day:

About GHS 40, 000 was paid to the National Sports Authority for the use of the Baba Yara Stadium;

The Confederation of African Football was paid an amount of GHS 27, 650;

In terms of tickets, a total of about 29, 000 tickets were sold on the fans who came to watch Kotoko win 2-0 on the day.

They head to Tunisia for the second leg which will be played in 2 weeks.