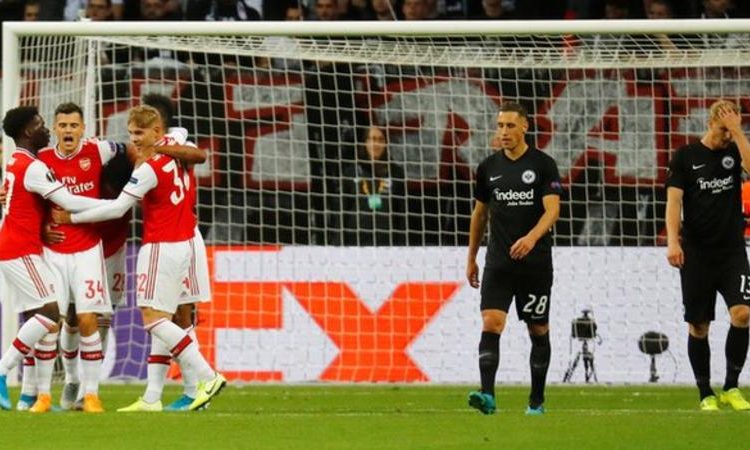 Willock put the Gunners in front with a deflected shot in the first half before Saka smashed in his first senior goal for the club in the 85th minute.

The Gunners had created further chances but also relied on goalkeeper Emiliano Martinez to come to the aid of their fragile defence.

The Argentine produced excellent low saves to deny Filip Kostic and Andre Silva in the first half.

The second period was frantic in front of a vociferous home crowd with Arsenal’s late goals only coming after Dominik Kohr was shown a second yellow card for a cynical foul.

The Gunners, beaten finalists in last year’s Europa League, are top of the early Group F table on goal difference after Standard Liege beat Vitoria in the night’s other game.