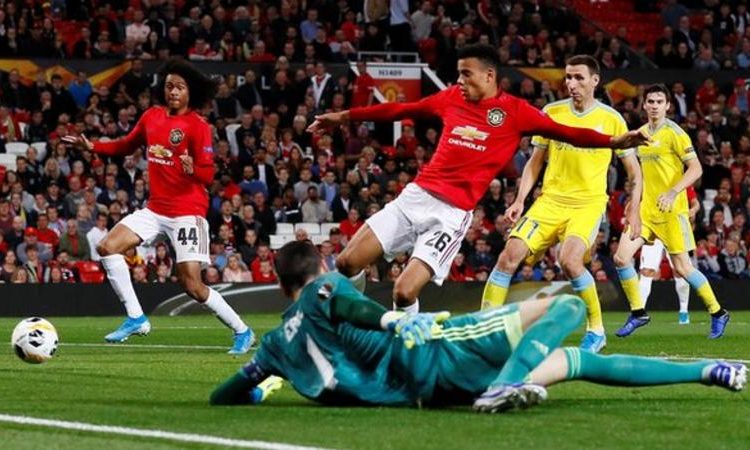 Mason Greenwood (number 26) is the first player born in the 2000s to score a senior goal for Manchester United (Image credit: Reuters)

On a night the 17-year-old will never forget and with the visitors from Kazakhstan threatening to hold out for a draw, Greenwood produced a clever finish in front of the Stretford End to become United’s youngest scorer in Europe.

Earlier, Brazil midfielder Fred hit the bar from 25 yards before forcing a fine save from a free-kick, while England forward Marcus Rashford wasted a string of chances against the European minnows, who did not register a shot on target.

But frustration turned to celebration when Greenwood, who has been at United since the age of six, popped up with the winner.

Even after his goal, a much-changed United continued to waste chances.

In the other game in the Group L, Partizan Belgrade drew 2-2 with AZ Alkmaar.