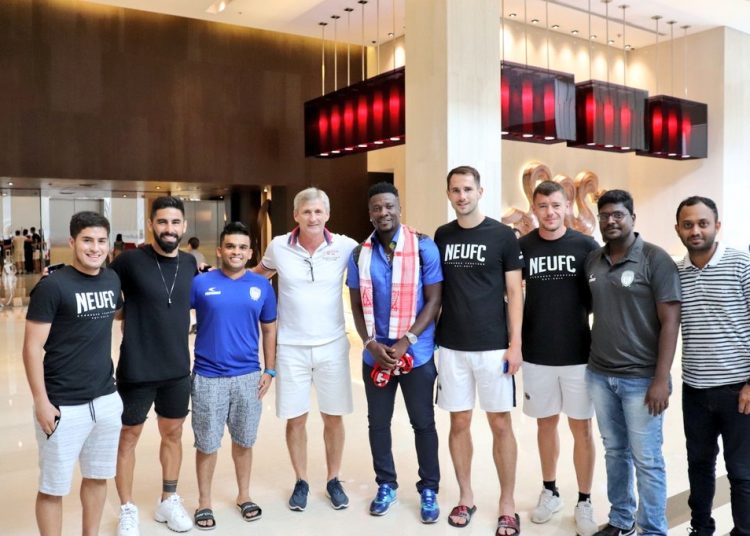 Gyan’s switch to the club was confirmed on September 18 after successful discussions were completed.

The Black Stars general captain was received at the Radisson Blu Hotel in Guwahati.

Gyan was the subject of interest from several clubs after his contract with Kayserispor ended in June.

NorthEast United FC confirmed Gyan’s arrival in India via a tweet on Monday.

Gyan said that he was happy to be in India and he was raring to go as a player for NorthEast United FC.

“I am happy to be in India since it is my very first time here.

I am looking forward to working with the club and also to meet the fans and everyone.

I am here to help so let us work together.”

The Indian Super League starts in October  and NorthEast United FC will face Bengaluru on October 21.