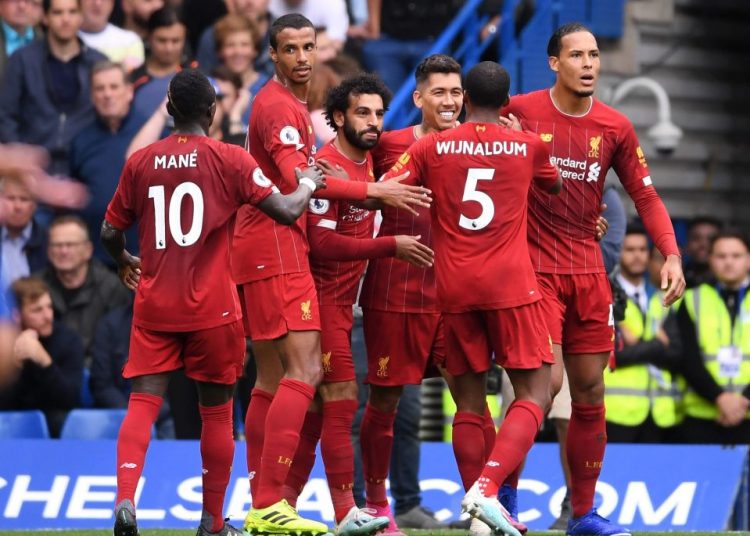 Liverpool had a fantastic day out in London on Sunday as Jurgen Klopp’s men beat Chelsea 2-1 to make it six wins from six at the start of the Premier League season.

For Frank Lampard however, it was a difficult afternoon with his side being beaten and encountering fresh injury problems.

The match started brightly for Chelsea as fans were overjoyed to see Mason Mount, N’Golo Kante and Emerson all starting despite injury issues.

Emerson picked up a thigh strain during the last international break with Italy and, while it appeared he was ready to reclaim his place in the Chelsea side on Sunday, it quickly became apparent that this was not the case.

It was a fantastic free-kick routine that put Jurgen Klopp’s side ahead as Mo Salah teed up Trent Alexander-Arnold who rifled home into the top corner from just outside the Blues’ penalty area.

Cesar Azpilicueta thought he’d equalised for Lampard’s men in the 27th minute, though the home fans’ joy was short-lived as VAR ruled the goal out for Mason Mount’s offside in the build-up.

And then, to rub salt in the wounds just before half time, Andreas Christensen suffered a thigh injury as he blocked a Mo Salah shot.

He was unable to continue and replaced by Kurt Zouma.

Mercifully for Chelsea, the second half was a far less traumatising affair and the home side escaped without further injury problems or further goals conceded – largely thanks to Kepa Arrizabalaga.

Kante’s superb 71st minute strike gave the Blues hope, though the equaliser would not come.

Chelsea put their visitors under severe pressure and they could have stolen a point in the final five minutes, but Michy Batshuayi and Mount both missed fine chances.

Liverpool maintained their 100 per cent record at the start of the season and made history by winning 15 consecutive Premier League games.