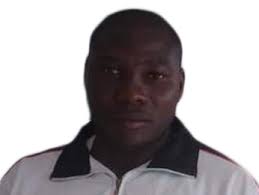 Ghana’s Ebenezer Tetteh will be looking grab the nation’s first ever Commonwealth heavyweight title when he goes into the ring to take on Britain’s Daniel Dubois on Friday, September 27.

The bout is set for the Royal Albert Hall in South Kensington, London.

Tetteh is walking into the bout with a 19-0 (16 KO) record but he has never fought outside Ghana in his career.

Notwithstanding, he is confident of upsetting Dubois (12-0, 11 KOs) who is seen as the favourite for the bout.

Tetteh said at the final press conference ahead of their bout on Tuesday that he had learned enough from Dubois’ recent bout against another Ghanaian, Richard Lartey, and his last bout against Nathan Gorman in July.

“I have watched Daniel v Lartey and Gorman and know what I have to do to beat him on Friday.

And, I gave Lartey sparring and I am better than him. I can move and punch. I expect to beat Daniel. Lartey gave him a good fight but I will finish Dubois.

I want to take the title home and be the first Ghanaian Commonwealth heavyweight champion.”

Dubois was confident of winning on the day despite admitting that he had not given so much attention to Tetteh before the bout.

“It is my job to come through in style. I haven’t really studied Tetteh. I just want to fight and win again.

Every challenge brings something different and I get better each time I fight.  I believe I am world class and it is only a matter of time before I am up there with the big names.

I am a man on a mission and not going to be stopped. It will be fireworks on Friday and a devastating performance is coming.”

The bout is being put together by veteran promoter, Frank Warren and it will be live on BT Sport.