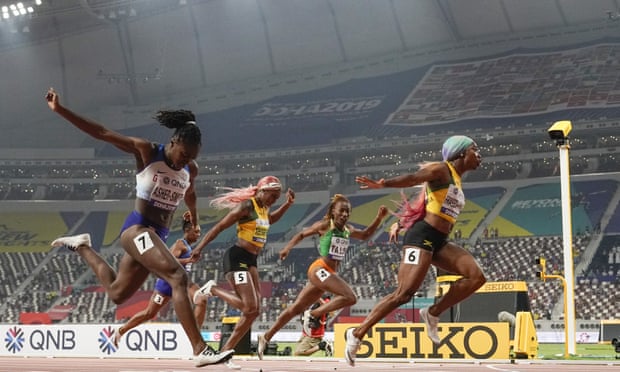 Jamaica’s Shelly-Anne Fraser Pryce picked up a 4th World Championship gold medal in the women’s 100m event after cruising to a world leading time of 10.71s in a thrilling race inside the Khalifa International Stadium that was preceded by a dramatic light show.

Fraser-Pryce was the favorite going into the race with searing runs in the heats and semi final events.

When the final arrived, the 32 year old arrived, getting off the blocks early and executing an exquisite race to finish well ahead of the chasing pack.

“This is a win for motherhood,” Fraser-Pryce who took time off the tracks to have a baby told reporters after the race.

Great Britain’s Dina Asher-Smith picked up silver in a new National Record time of 10.83sec. By so doing, Asher-Smith became the first British woman since Kathy Smallwood-Cook in 1983 to claim a world championship sprint medal.

Ta Lou had been running well in the lead up to the final but a niggling injury took its toll as she missed out on gold yet again.

“Before the final I felt something in my knee and I wasn’t even sure if I was going to run,” Ta Lou told Citi Sports after the race.

“But my physio did an amazing job, but after I got off the blocks, I felt it again but I was determined to finish the race and I’m happy I managed a medal.”

Countrywoman Murielle Ahoure (11.02) came through in 5th position, a Season’s Best for her.

The Netherland’s Dafne Schippers pulled out with an injury and DNS. 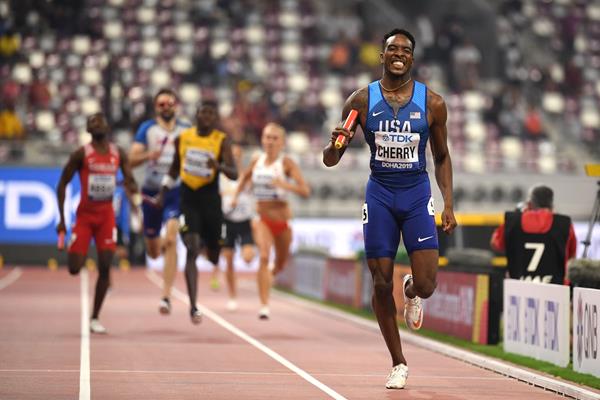 Elsewhere, the United States broke the world record for the second time in as many days in the mixed 4x400m relay as Michael Cherry anchored the squad to a new benchmark of 3:09.34*, taking almost three seconds off the first round performance and delivering a 12th world gold to their second leg runner, Allyson Felix.