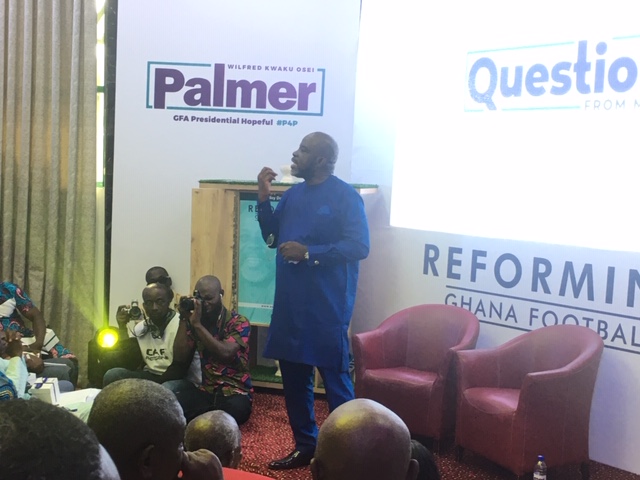 The event was attended by members of Osei’s campaign team, leading personalities in Ghanaian football and some of the other hopefuls and their representatives.

Great Olympics board member and another GFA Presidential hopeful, Fred Pappoe, was at the event and so was Randy Abbey, Heart of Lions CEO and a hopeful for the GFA’s Executive Council.

The policy document, which was launched, covers 8 areas that Osei says he will work on should he get the nod to be the next GFA President. 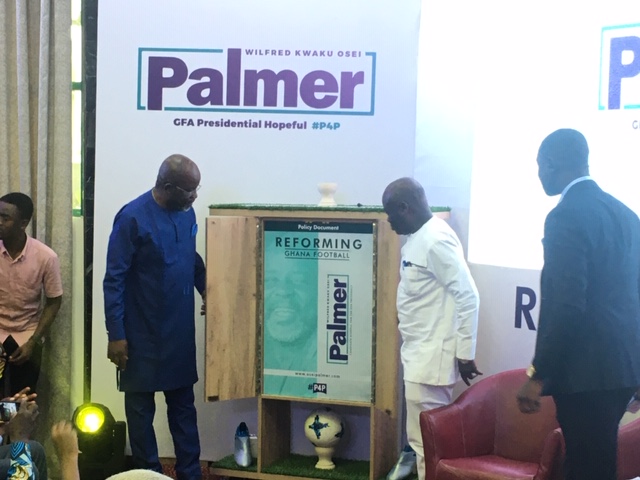 Osei stated that the success of Ghana football would hinge on these areas and thus, they would would be at the heart of his work should he get elected.

“I am capable”- Osei on why he should be GFA President

Speaking after his presentation, he said that he had built himself well and had done enough in terms of local football to to be voted for as the new GFA President.

“I have pursued football from 2005 until now. At a point, I started with three people but they all left. I founded Tema Youth Football Club up to this level and if you look at the players that I have been able to develop at Tema Youth, I had five players in the U-20 teams and four of them went to the World Cup.

In terms of working experience, I have it and when it comes to a vision for Ghana football, I have clearly espoused that too and so, I have no doubts that I am the right choice when it comes to the GFA Presidency.”

Osei is credited with the discovery of players like Joseph Paintsil, Thomas Partey, Moses Odjer, Foli Adade and many others.