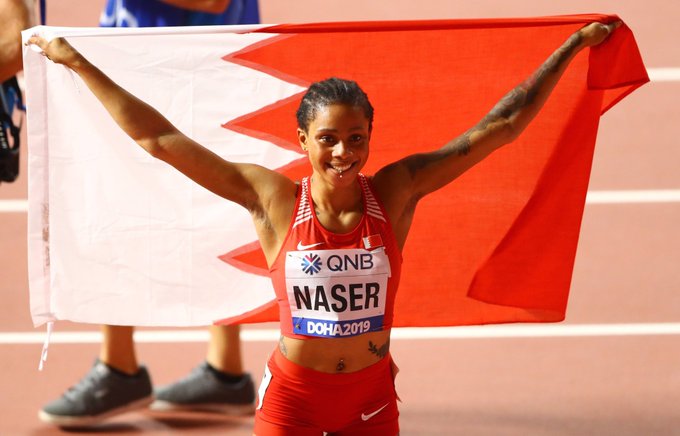 Salwa Eid Naser became the third-fastest woman of all time over 400m as she beat Shaunae Miller-Uibo to claim gold in Doha.

Miller-Uibo had opted not to double up with the 200m, prioritising the one-lap event in which she took gold at the Olympics three years ago.

Naser missed out on a place in the final of that event, having run a PB of 50.88 in the semi-final, but since then she has become one of the world’s premium 400m runners.

The Bahraini runner picked up a world silver in London behind Phyllis Francis, who also ran a lifetime best that was only good enough for fifth on the night, and ran out of her skin to knock nearly a second off her own mark.

Miller-Uibo’s 48.37 was the sixth fastest time ever and she was closing on the 21-year-old but could do nothing to stop Naser streaking away in a time of 48.14, a time that has only been bettered by two women ever – Marita Kock and Jarmila Kratochvilova – and by no-one since 1985 when the former set the world record.

Each of the top-five runners ran their best ever times with Shericka Jackson of Jamaica winning yet another bronze medal over one lap to go with her world medal from 2015 and Olympic gong a year later.

Katarina Johnson-Thompson ended her wait for her first global outdoor title by powering to heptathlon gold at the World Championships. 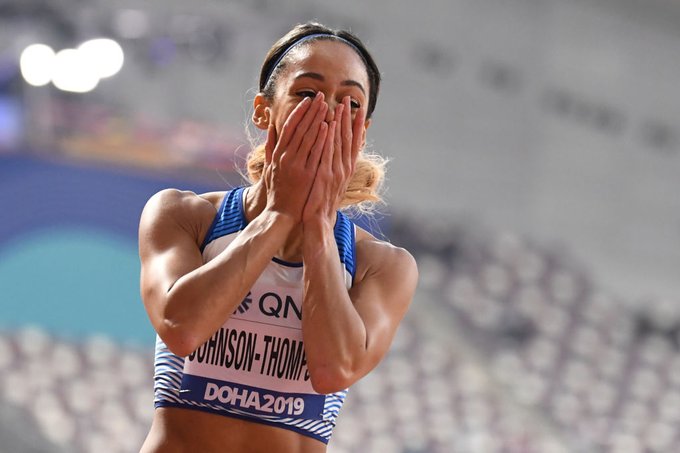 The 26-year-old, previously without an outdoor medal at this level, won with a British record 6,981 points, beating 2017 champion Nafissatou Thiam by 304 points.