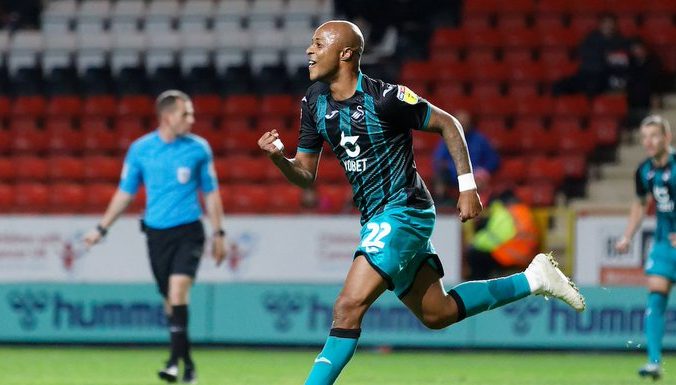 Not scoring a league goal for about three years is always going to leave its mark on a forward.

Andre Ayew is no different and was absolutely delighted to break his league duck last night for the Swans, in their 2-1 win away at Charlton Athletic.

In a tweet, Ayew said it was a “great feeling” to find his name on the scoresheet again after such a long time.

The result was extra significant as it took Swansea back to the top of the Championship.

After some impressive performances for the table-topping Swans already this campaign. Ayew cemented his place as one of the club’s most important players with the winning goal.

Swansea were stunned inside two minutes with Jonathan Leko putting the hosts ahead, capitalising on a poor clearance and firing home..

The visitors were level 15 minutes later, with midfielder Yan Dhanda finding the net with a deflected finish from the edge of the penalty area. 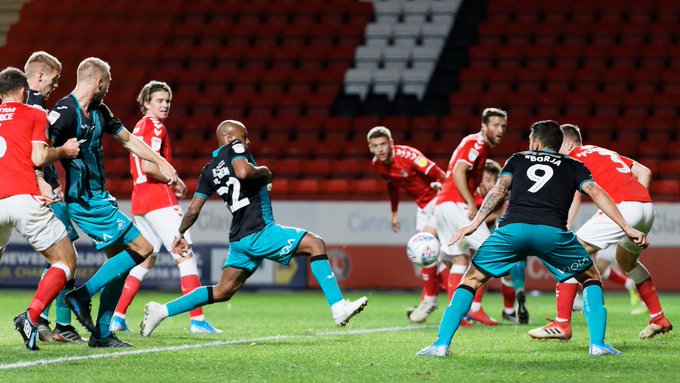 The game remained level until the second half when a corner was flicked on by Rondon and found its way to Black Stars captain Ayew who stabbed home in the 65th minute.

Swansea, however, held on for their sixth win of the season which keeps them a point clear of Lead United at the top of the table.

It was the perfect way for Swansea to bounce back from a run of four games in all competitions without a win.

The goal was Andre’s first in the Championship this season and his third overall in nine games. The player has also set up three goals for his teammates. 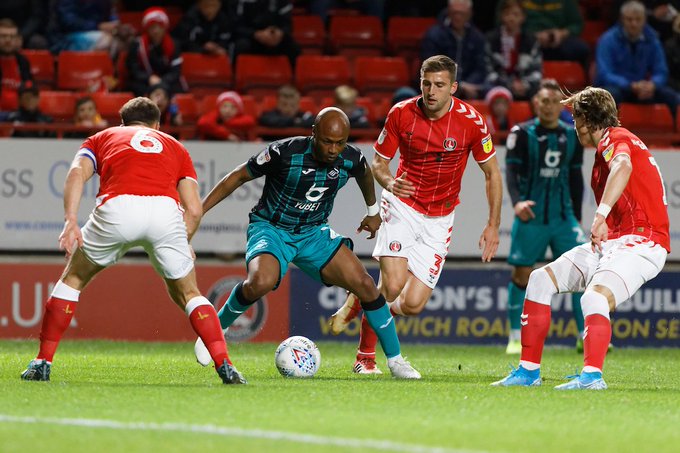 Swansea manager Steve Cooper praised Ayew for his goal and his performances over the course of the season.

The goal was, however, Andre’s first league goal in three years for Swansea but his manager believes that with the first out of the way, more will follow. 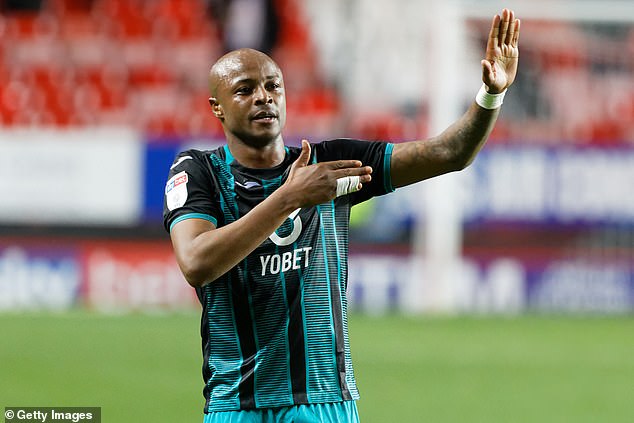 “I had said, ‘They’re coming mate and you just need to get the first one’. With him scoring tonight, hopefully, that will stop him thinking about that too much.”

Andre Ayew was also voted Man of The Match by Swansea fans who were delighted with his performance.

The fact that he scored the winner in such a tight game could have gone to his head but Andre is already looking forward to the next game.

The joy of scoring was so much that the fact that Andre also had another goal, a header, disallowed controversially after the referee adjudged that the ball had gone out of play, was almost forgotten.

See a fan view of Andre’s goal below: