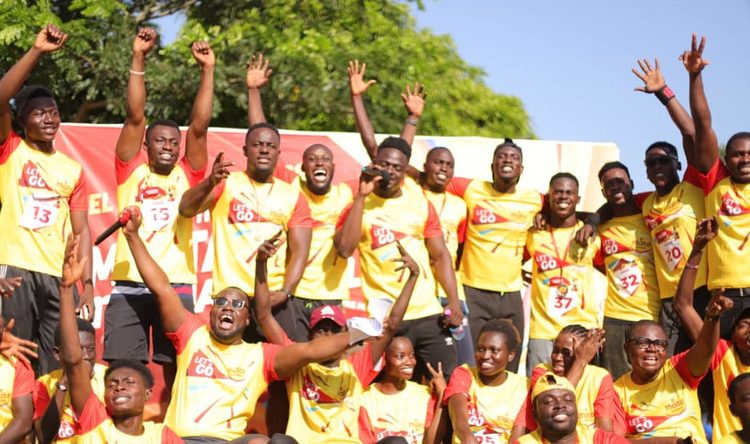 Episode 2 of the Maltavator Challenge was filled with energy and action as it broadcast on TV3 and MTV Base Thursday 3rd October, 2019.

In season 2, 30 contestants from five countries are going head to head in a series of physical and mental challenges to see who has the energy and vitality to win the 20K USD grand prize and the Maltavator Challenge crown. Ethiopia took the crown in season 1, will they retain the title, or will Ghana, Nigeria, Cameroon or Cote d’Ivoire come out top in season 2.

In episode 2, Ghana was represented by Precious Appiah who is going to show her can do attitude by doing her best in all the challenges and Ibrahim Abdul Lateef who believes his strongest attributes are discipline, confidence and a go get it attitude. 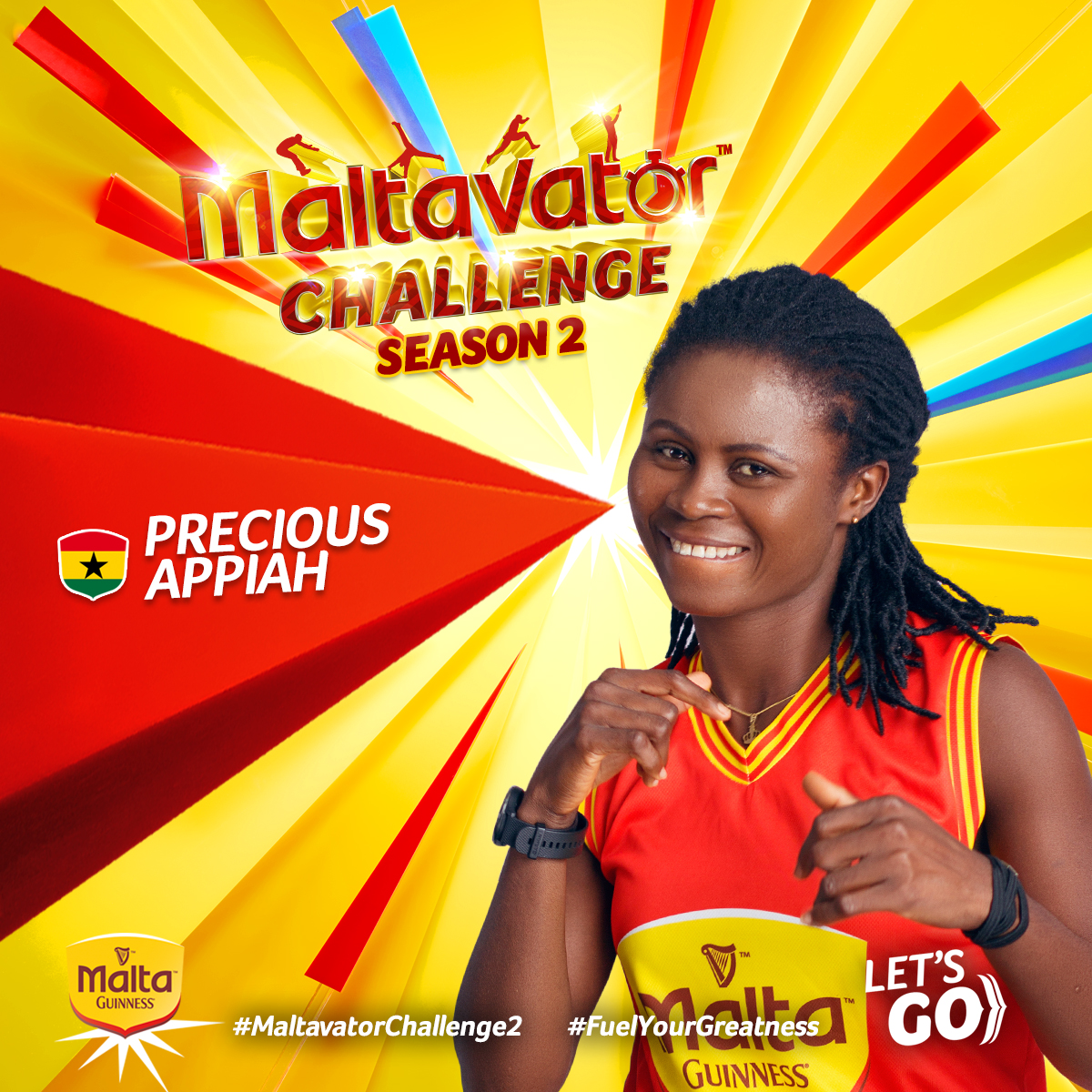 They started out with the Power Up challenge with a quick demonstration from Ehiz on how it shouldn’t be done! The Maltavators needed high energy levels to power through the inflatable pillars and tyres before climbing the wall to collect the Malta Guinness flag – all aiming for the quickest time.

When it came to the turn of the ladies to show us how, Angeline from Cameroon went head to head with Precious from Ghana. They both took a little tumble on their way through the pillars and tyres and reached the wall at the same time. Precious reached the flag at the top of the wall first, but Angeline fought back and they reached the bottom within milliseconds of each other. 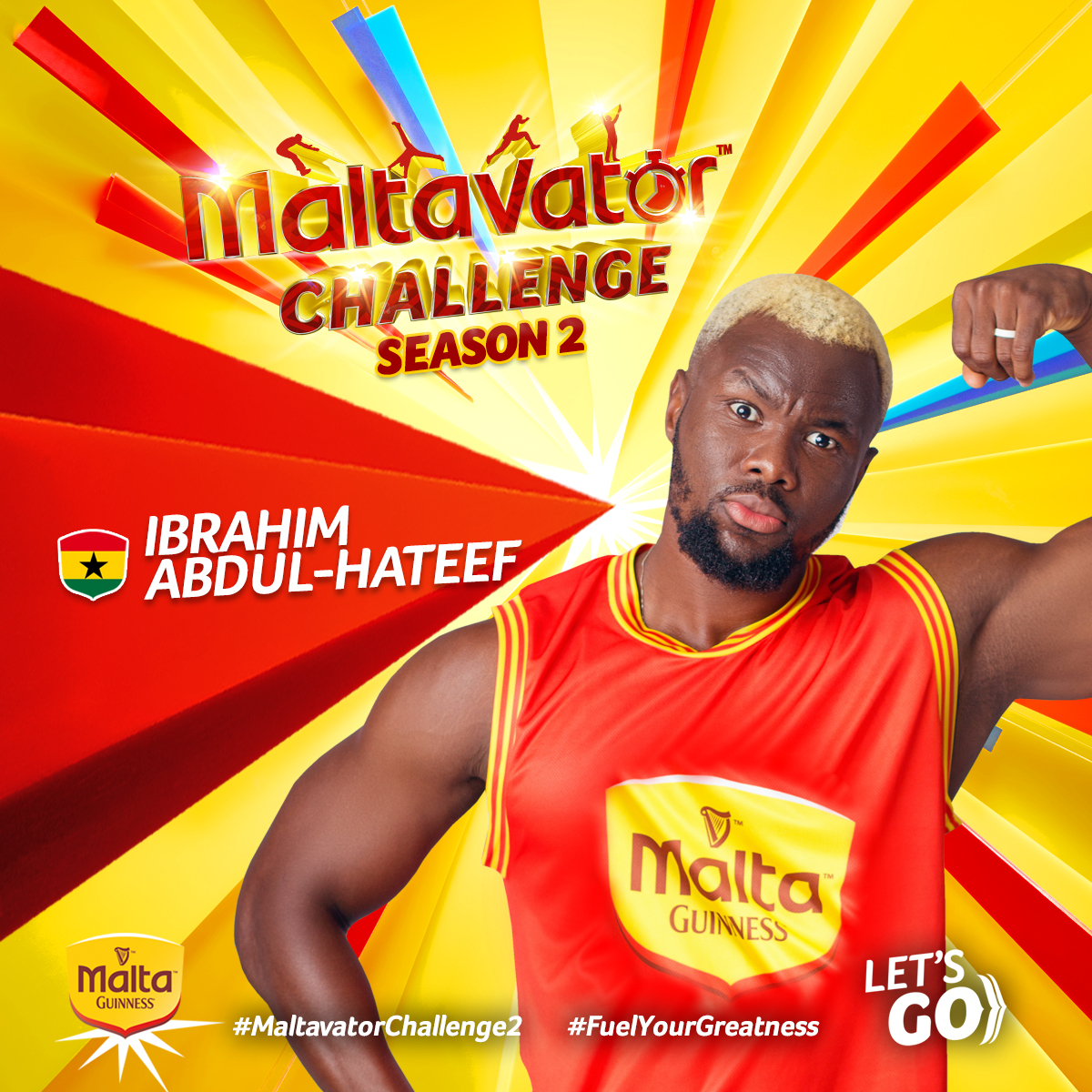 The final round saw Oti from Nigeria take on Ibrahim from Ghana. These two were closely matched, but Oti took the lead on the way up the wall to collect his flag first and return safely to the floor ahead of Ibrahim who nearly took out Regina in his speedy descent!

The second challenge was the Sharp Shooter – two contestants, one ball, who can score the most goals on a small slippery pitch in two minutes.

Oti from Nigeria and Ibrahim from Ghana were up first here in another closely fought battle. Oti scored the first goal and Ibrahim probably scored the most impressive goal with a header from the floor. There was a lot of sliding around, but they finished with 8 goals from Ibrahim and 7 from Oti.

Angeline from Cameroon and Precious from Ghana put on a really tense game for the crowds. You could tell Angeline had grown up with four brothers as she demonstrated some great defending skills as well as some great shooting. But Precious gave it her all and kept herself in the competition as they finished 6-5 with Angeline just taking the win.

The final challenge was a test of mental strength – The Vitamizer. They had to find the five B vitamins found in Malta Guinness in the ball pit – B1, B2, B3, B5 and B6. But there were some red herrings thrown in just to confuse them – who knew their Malta Guinness vitamins best?

Oti from Nigeria and Ibrahim from Ghana both got off to a flying start in this challenge. Ibrahim was the first to fill his bucket with B vitamins, but he was missing one with his first attempt, but quickly got it right. Oti wasn’t too far behind getting all the right B vitamins first time.

Angeline from Cameroon and Precious from Ghana both showed great tactics as they collected their B vitamins as they made their way back to Regina and Ehiz. Angeline missed one first time around, but quickly corrected her mistake giving her the win.

Some impressive performances all round and only 10 more contestants to take on the Go Getter challenge before we know which Maltavators will be representing their country in the next round.

Make sure you tune in to TV3 every Thursday at 5:30pm and to MTV Base every Saturday at 4pm, to see this, and how the final 10 contestants get on as they face these same challenges.

To keep up to date with all the latest news about the Maltavator Challenge, make sure you like the Malta Guinness Facebook page, https://www.facebook.com/MaltaGuinnessGhana/ Let’s Go!