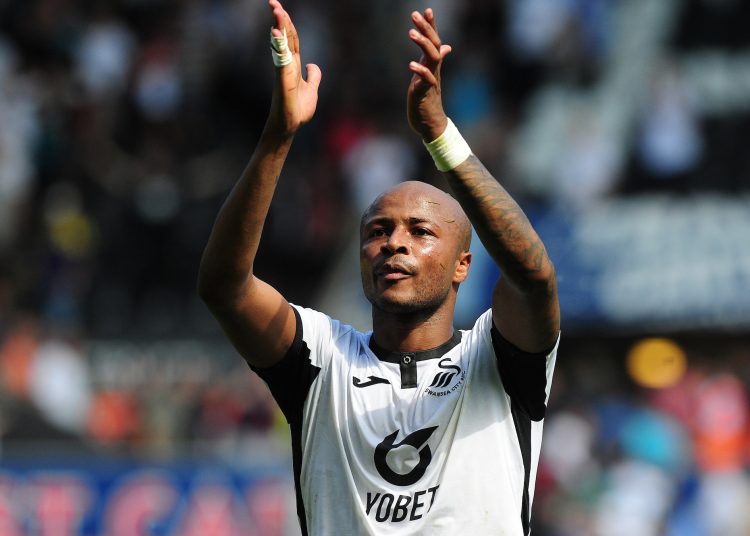 Ghana International Andre Ayew has enjoyed a good start to the season with his club side Swansea City, scoring 4 goals and assisting three so far.

The Black Stars captain looked set to leave the English Championship side during the summer transfer window, before opting to stay, much to the surprise of most football lovers.

The 29 year old has scored in his last two outings for the Welsh side; a winner against Charlton, and another in Swansea’s 2-1 defeat to Stoke days later.

Despite being pleased to be on the scoresheet, the former West Ham man says he would be far happier to see the team winning with his goals.

“It’s really annoying when you score and don’t win the game,” he said. “But it’s always good to score for this club. I’m happy to score at home for the fans and I hope there are plenty more to come.

“I also hope there will be more victories ahead of us – that’s more important.”

Ayew rejoined Swansea back in 2018, after a disappointing two year spell with Premier League side West Ham.