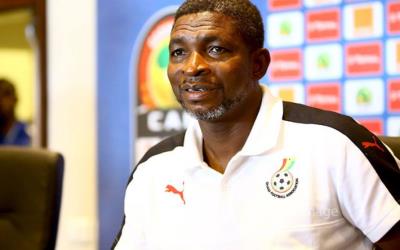 Black Stars B head coach, Maxwell Konadu, was over the moon after watching his team put three past Cote d’Ivoire in Tuesday’s WAFU Cup of Nations semi-finals.

AshGold forward, Shafiu Mumuni, scored in the 30th, 45th and 50th minutes to leave the Ivorians stunned as they emerged on the wrong side of a 3-1 result.

The Ghanaian team had scored only two goals heading into the tie but they came alive and discovered their ruthless edge at a very crucial time in the tournament and that was very pleasing to Konadu as he spoke after the match.

“We instilled the winning mentality into the players. We did not play well against Cote d’Ivoire but we managed to do the needful and score three goals.

That was the initial problem. A lot was said about the team and its inability to score but I am happy that we were able to put three past the Ivorians and I have to commend the boys.

It was not easy getting to this stage but we did all the necessary training that put us in a position to win the match.”

Ghana will now wait to see who it will face in final after Wednesday’s second semi-final is played between Senegal and Mali.

The Black Stars B team is seeking to defend the title they won in 2017 when Ghana hosted the tournament in Cape Coast.