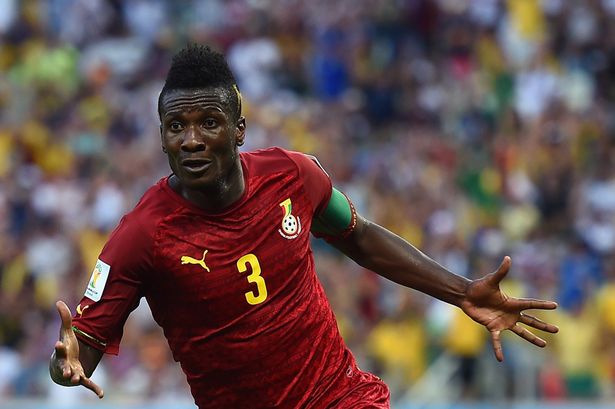 Black Stars forward, Asamoah Gyan, has issued a very strong warning to the defenders he will be facing in the Indian Super League with his team NorthEast United FC.

Gyan joined the team in September ahead of the new league season and his arrival has sparked huge excitement among the team’s fans.

Earlier in the week, he got his first goal for the club in a 1-1 draw with the Indian national team in a friendly match and he has promised to get loads more during the season’s campaign.

During the team’s media day on Friday, Gyan sent a word of caution to the opposition he will be facing in the season and he reminded them of his scoring stats from his career that has taken to Italy, France, England, United Arab Emirates and Turkey.

“My numbers don’t lie and opposition need to be wary of that.”

– @ASAMOAH_GYAN3 while speaking to the media at the NEUFC Media Day pic.twitter.com/eIENQxeD8c

Gyan and NorthEast United will start their campaign against Bengaluru on October 21.