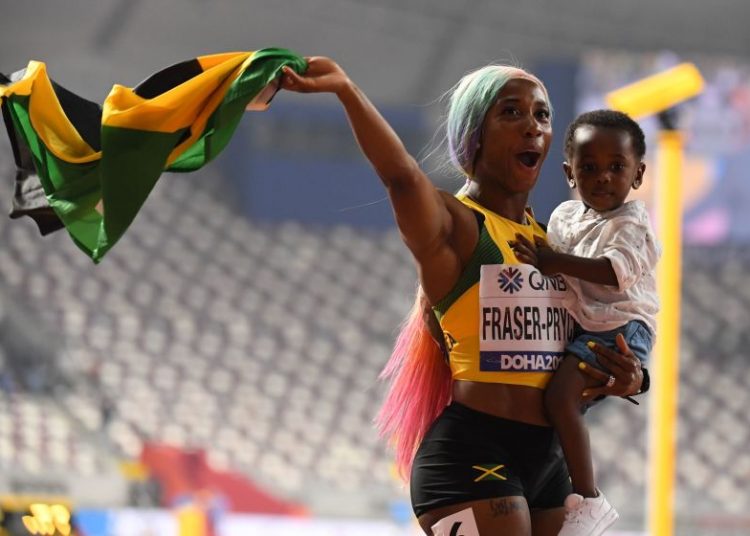 The IAAF World Championship was hosted for the first time in the Middle East where people are not huge fans of athletics but this was a huge step forward for the sport in this area.

The ultimate goal for Qatar is to put the country on the map and their way to do it is through organizing major sports events; a strategy that might pay off at the end of the day.

We noticed a very special championship despite some empty seats except when Mutaz Barshim was jumping and won the only gold medal for Qatar in this championship to retain his title. It was a championship of big surprises and historical moments. 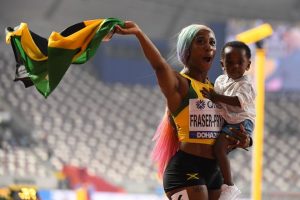 We had four mothers winning titles; Allyson Felix who became the most decorated athlete in World Championships with 12 gold medals collected over the years. Her last one was in the mixed relays where team USA set a World Record of 3:09.34. Shelly-Ann Fraser-Pryce won her fourth world title 13 months after giving birth to her son who accompanied her during the lap of honor. Liu Hong, who took 2 years maternity break, came back to win the 20km Race Walk gold for China. And Nia Ali, who won the women’s 100m hurdles after taking a break to go have a second baby.

On the other hand, Jamaica was more successful in field events than in sprints this time, except for Shelly-Ann and the Women’s 4x100m relay. Tajay Gayle jumped the 10th biggest leap in history 8.69 meters to bring back the first gold medal in field events. In the men’s Triple Jump, history was made once again when Christian Taylor grabbed USA’s 100th title and his fourth world title, but the third place was even more historical when Hugues Fabrice Zango set an Area Record of 17.66m to put Burkina Faso on the map with their first ever medal at a major championship. 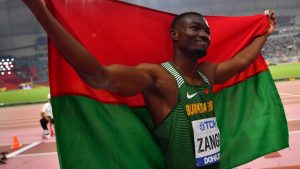 The 400m Hurdles men and women were the toughest in history. In the men’s, the top 3 athletes with a Sub 47 seconds shared the podium. Karsten Warholm, the European record holder of the discipline won the gold for Norway while Rai Benjamin (USA) came out with a silver at his first World Championship and Abderrahman Samba (Qatar) was pushed by his people to grab the bronze at the finish line of the race; a huge come back after his injury.

The women’s 400m Hurdles was the fastest in history – 52.16 seconds. Dalilah Muhammad said “It won’t last long”, and she was right because she was the one who would break it once again. It witnessed a great competition between two Americans, Dalilah and the promising young athlete, Sydney Mclaughlin, who became the second fastest over the distance with 52.23s.

In the Women’s Javelin throw, Kelsey-Lee Barber gave Australia its first Javelin gold medal, a throw of 66.56m with her last attempt to deprive the two Chinese from gold and silver. Shinying Liu finished second with 65.88m and Huihui Lyu was third with 65.49m.

When Shaunae Miller-Uibo ran a personal best and an area record of 48.37 seconds, the Bahamian wouldn’t have guessed that this performance will only award her a silver medal. The Bahraini athlete Salwa Naser Eid grabbed the only gold for Bahrain with a world leading performance of 48.14 seconds. The Uibo family shared a silver medal in Doha, her husband, Maicel from Estonia, was second to the youngest ever decathlete to win a world title, the German Niklas Kaul. 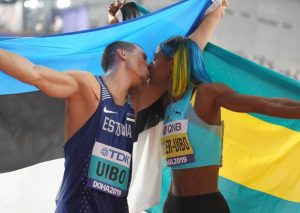 Another couple was over the moon during this championship and that’s the Kovacs. Joe threw 22.91m, the furthest throw in 29 years and a championship record, to take a second title at a World Championship, leaving Tom Walsh in silver position by only 1cm. He waited till the last attempt, under the watch of his wife and coach Ashley, to deliver this huge throw that got him the gold.

We cannot mention all these incredible performances that marked the history of our sport without mentioning Dina Asher-Smith who won the 200m title with a National Record of 21.88 seconds and who also smashed the 100m British record with 10.83 seconds to take silver. 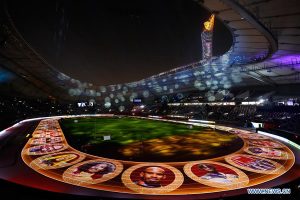 Lastly, Britain became the best country so far in Heptathlon with 4 gold medals, Germany is now second with 3 golds. Katarina Johnson-Thompson was the one who added this 4th gold and broke Jessica Ennis-Hill’s record, scoring 6981 points, to leave the Olympic Champion Nassifatou Thiam in silver position.

What a championship it was, not only the lights in the stadium put on a great entertainment which our sport desperately needs, but the athletes themselves did put on one great show.