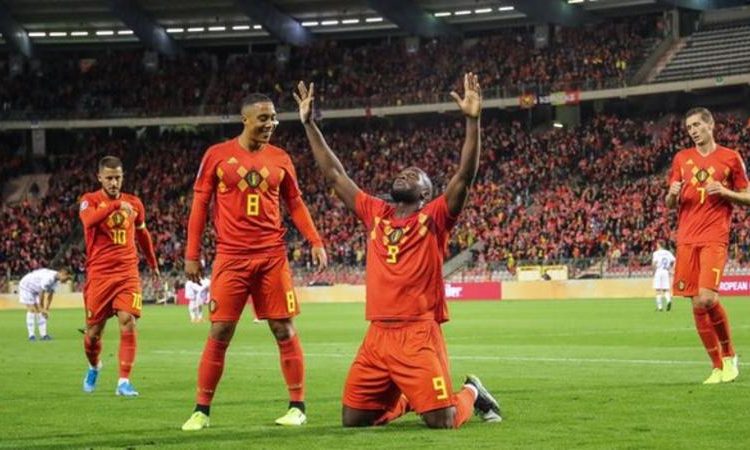 Belgium became the first team to secure qualification for Euro 2020 with a huge 9-0 win at home to minnows San Marino.

The striker set up Nacer Chadli for the second before Cristian Brolli’s own goal made it 3-0.

Lukaku struck again, Andrea Grandoni deflected in Toby Alderweireld’s shot and Youri Tielemans scored ahead of the interval, after which Roberto Martinez’s side took their foot off the gas.

Christian Benteke, Yari Verschaeren and Timothy Castagne wrapped up the scoring and, with seven wins out of seven in Group I.