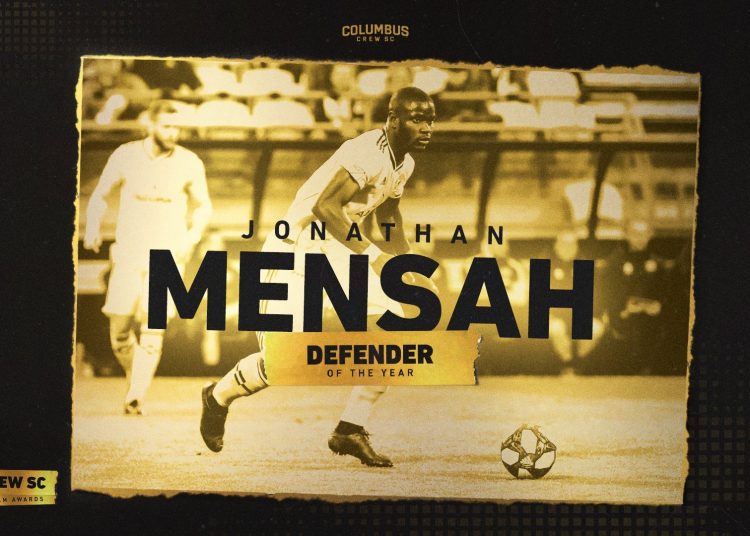 Ghana International Jonathan Mensah has been named Columbus Crew defender of the year for 2019.

The 29 year old has made 24 appearances for Columbus Crew this season, helping them to a 10th place finish in the Eastern Conference.

Mensah, who is one of three Ghanaians at the club, was honoured at the club’s end of season awards held on Friday.

Joins Brad Friedel & @ChadMarshall14 as the only #Crew96 players to win the award multiple times!@Jomens25 is our Defender of the Year. pic.twitter.com/p7B1WTrdkh

Mensah joined Columbus Crew back in 2017, and has been a mainstay in the MLS side’s back line since.