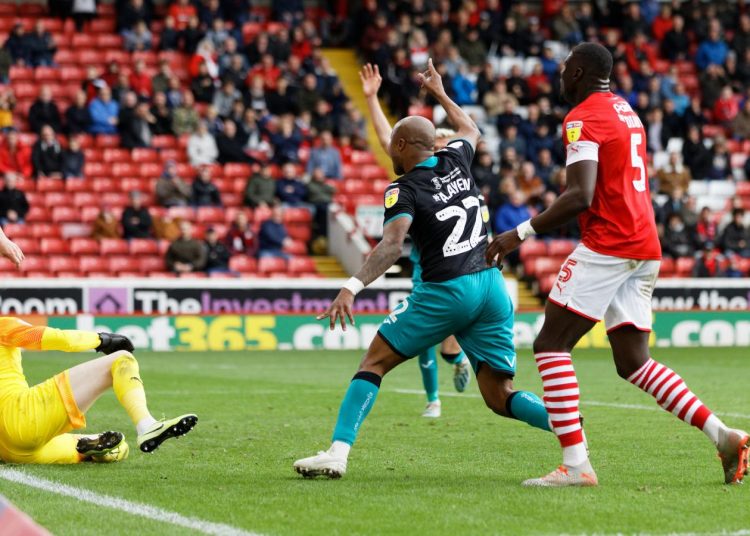 Swansea City remain undefeated away from home this season after Andre Ayew’s third goal in as many games secured a point at Barnsley.

The Ghanaian had bundled in from close range after a goalmouth scramble to give the Swans the lead. 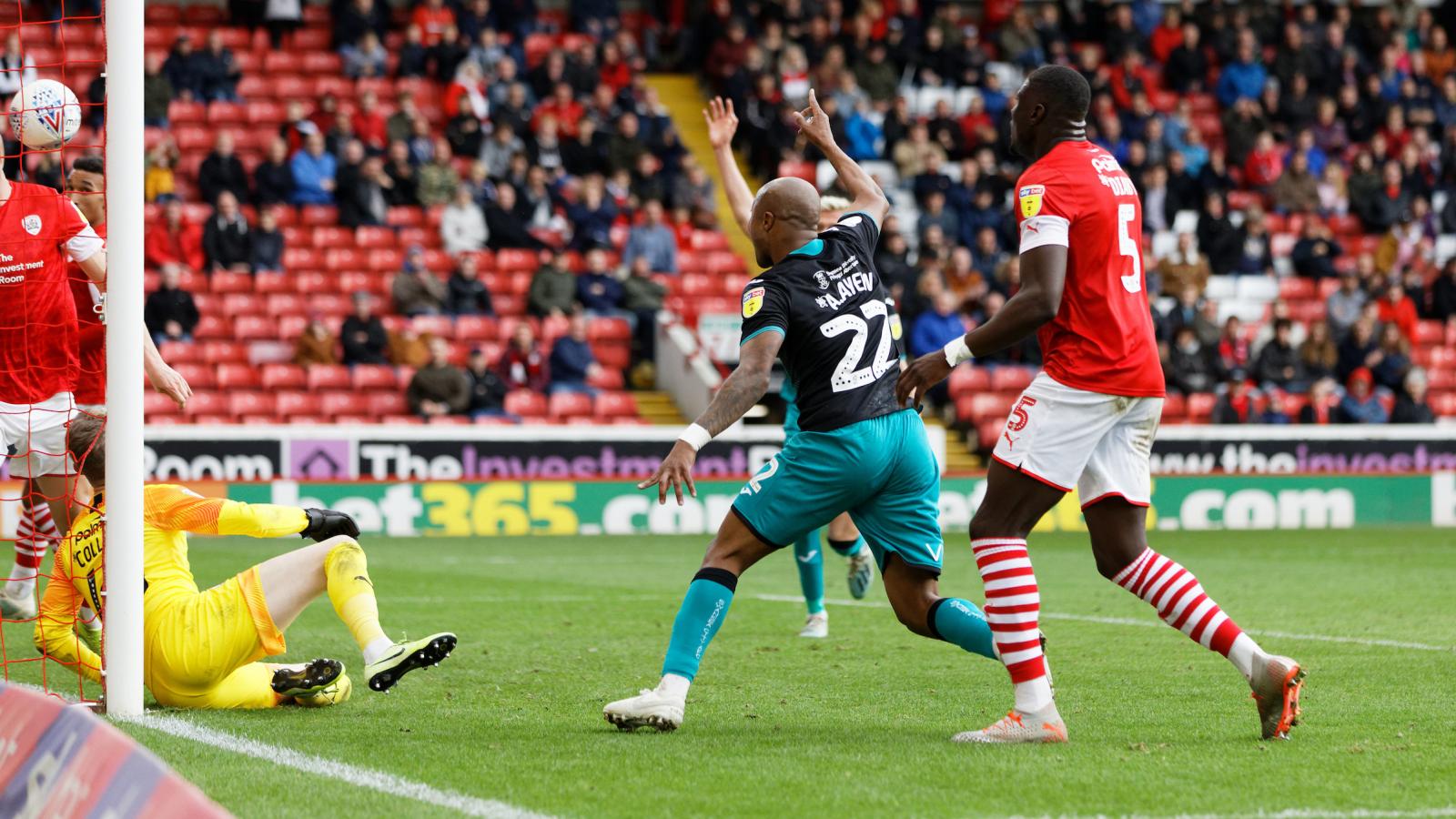 But Alex Mowatt levelled shortly after that 67th-minute opener to deny the visitors all three points.

While Swansea was not at their best, the result keeps Steve Cooper’s men in the Championship top six a quarter of the way through the season.

But the head coach will have been frustrated to see his side relinquish a lead for the third time in four league games even as they extended their unbeaten away run to eight games.

Cooper had made four changes from the defeat to Stoke as Sam Surridge and Tom Carroll made their first league starts of the season, with Jake Bidwell and George Byers also coming into the side.

The Swans survived an early scare as a long throw came through to Cauley Woodrow, and Freddie Woodman made an outstanding low save to deny the hosts an opener after just 55 seconds.

Woodrow beat the Swansea keeper a few moments later, but the flag had already been raised for offside.

Woodman was far busier than Swansea would have liked, and he denied Woodrow again with an excellent stop from a low drive, with Cameron McGeehan blasting the rebound well over the bar.

Ayew then worked Brad Collins in the Barnsley goal after a lovely turn and through ball by George Byers.

At the other end, McGeehan dragged an effort wide as Barnsley’s direct approach work reaped some dividends.

Byers worked some room to get away a strike that Collins held well on the half-hour mark but that proved to be the last meaningful effort on goal of a sluggish opening half.

Things improved slightly after the break, Collins denying Ayew after Bidwell’s cross fell to him in the box.

On the hour the Swans had their best chance yet. Grimes’ first-time pass sent Surridge in on goal, but the striker’s poked effort was saved by the foot of Collins.

Seconds later and Collins made a superb save as Carroll freed Ayew and the Ghanaian dug out a deep cross that Bersant Celina looked to have headed in until the keeper’s acrobatics kept the ball out.

Collins looked to have saved his side again when keeping out a Celina thunderbolt and Ayew’s follow-up header, but the latter kept battling to scramble the loose ball over the line.

But the lead did not last long, Mowatt calmly picking his spot after Chaplin had tricked his way into the Swansea box.

It set up a frantic final 20 minutes. Woodman saved well from Woodrow and Chaplin, while Ayew headed a Grimes free-kick over the bar, but it ended all-square.