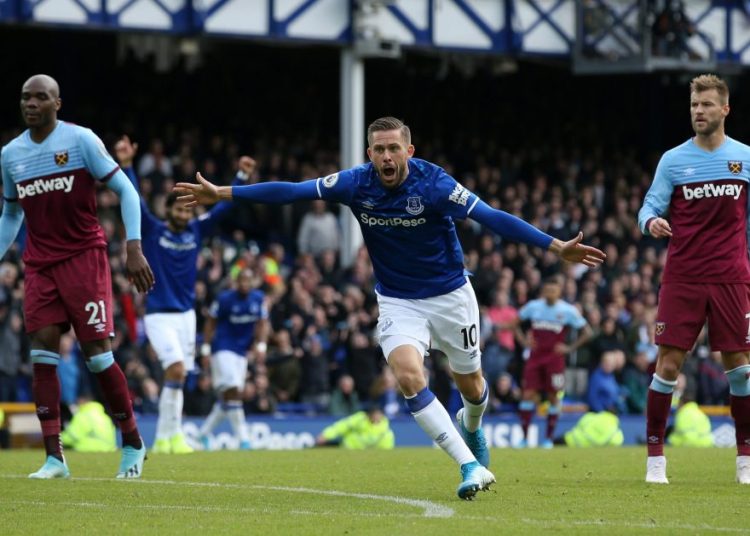 Everton boss Marco Silva can breathe a huge sigh of relief as his team finally ended their dreadful run of form with a 2-0 victory over West Ham.

Bernard netted a fine solo goal in the first-half and Gylfi Sigurdsson came off the bench to score a stunning goal late on to seal the Toffees’ first win in five games.

Reports in the build-up to the game suggested Silva might pay with his job if Everton were to lose again, with the club entering the fixture inside the relegation zone.

But Bernard came to Silva’s rescue in the 16th minute, twisting past Arthur Masuaku and then slipping the ball under goalkeeper Roberto.

Richarlison went close to a second from an Alex Iwobi pass but his low shot came back off a post and Iwobi then shot at Roberto from distance.

Mark Noble created a chance for the visitors with a lofted ball over the defense but Pablo Fornals got no power on his header.

Richarlison put the ball in the net again for Everton early in the second but his volley was ruled out for offside.

West Ham threatened again as Fornals shot wide but Lucas Digne was only narrowly off-target from a long-range free-kick for the hosts and Yerry Mina twice headed at Roberto from corners.

Realizing his side was lacking a presence in midfield, Hammers boss Manuel Pellegrini sent on Jack Wilshere but the change had little impact.

The Toffees went close again as Walcott rattled the crossbar with a ferocious half-volley and Alex Iwobi wasted another chance as he was put clean through on goal but shot at Roberto. Everton also had another goal chalked off when a Mina header was disallowed.

The Merseysiders were almost made to pay for the missed chances as the ball fell to Angelo Ogbonna from a corner but Jordan Pickford saved brilliantly.

However, Sigurdsson, who had been dropped to the bench for the clash, sealed the deal with a trademark goal late on, curling a wonderful strike into the top corner from the edge of the box.