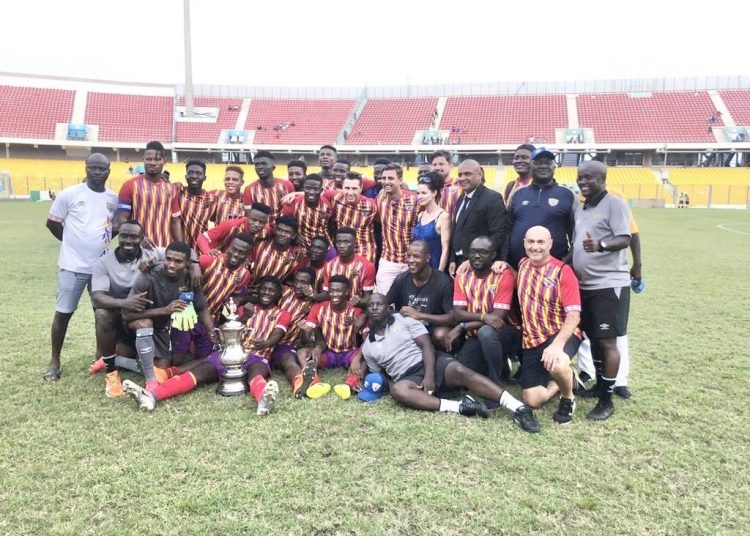 Accra Hearts of Oak prevailed on penalties to beat city rivals, Great Olympics, to win the 2019 Homowo Cup played at the Accra Sports Stadium on Sunday.

The teams were playing in the second leg of the match after last week’s goalless first leg and a winner needed to be found.

Hearts started well and went close in the 10th and 15th minutes of the first half with attempts from Emmanuel Mintah and Kofi Kordzi but they could not find the net until the 70th minute.

Mitchelle Sarpong scored for Hearts  but two minutes later, Olympics were back in the game with a goal from Iddrisu Saler.

There were no more goals in regulation time and so, penalties were needed to find a winner.