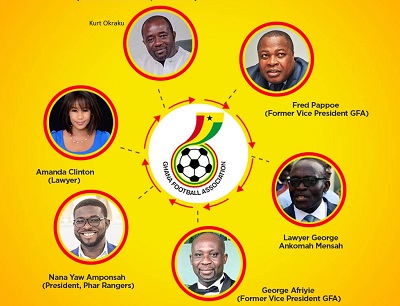 As the curtains draw closer to the Ghana Football Association Elections, punters have already begun to have their say on the possible outcome of the polls.

After an impressive showing at the GFA Election Debate, Phar Rangers owner, Nana Yaw Amponsah, has emerged as the joint favourite, along with former GFA Vice President, George Afriyie, for the top job with 2.00 odds.

Amanda Clinton, who is seeking to become the first ever female to lead the country’s Football Association, and George Ankoma Mensah are the least favoured to win – both with 25.67 odds each. 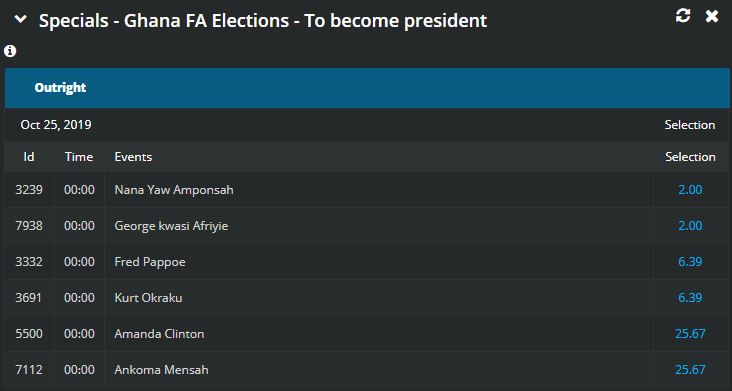 The fate of the six candidates will be decided by 120 delegates on Friday October 25 in Accra.