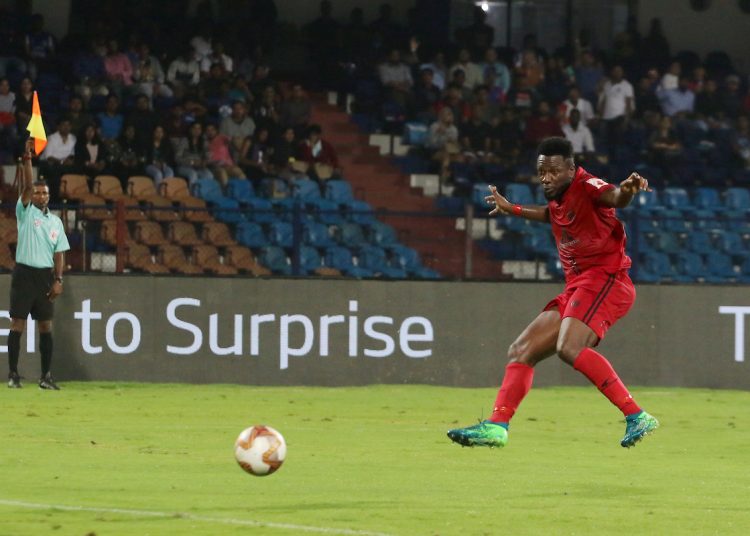 Asamoah Gyan of Northeast United FC scores a goal but was given a off side by the side line referee during match 2 of the Indian Super League ( ISL ) between the Bengaluru FC and North East United FC held at the Sree Kanteerava Stadium, Bengaluru, India on the 21st October 2019. Photo by: Vipin Pawar / SPORTZPICS for ISL

Black Stars forward, Asamoah Gyan, admits he is not yet at his best despite lasting 88 minutes for NorthEast United in their Indian Super League opener on Monday against Bengaluru.

In spite of Gyan’s efforts, he could not get a goal on the opening day of the league. His only effort on target was flagged for offside.

The match was Gyan’s competitive debut for NorthEast United since joining in September and he conceded that he had some work to do to sharpen him up for rest of the season.

“I got here exactly one month ago and I have a lot of work to do with my fitness. I know the team started working two months before I came.

On the match itself, Gyan gave his team a good rating and hoped for a better return in their league match against

“It was a good game. We knew we were playing against a tough side and we had one point here. I think its a good result for us.

“Its a very good start. We had a couple of chances that we could have won the game but this is football.This is the first game and so we’re looking forward to the next game.”

NorthEast United will take on Odisha on October 26 in the second round of the Indian Super League.