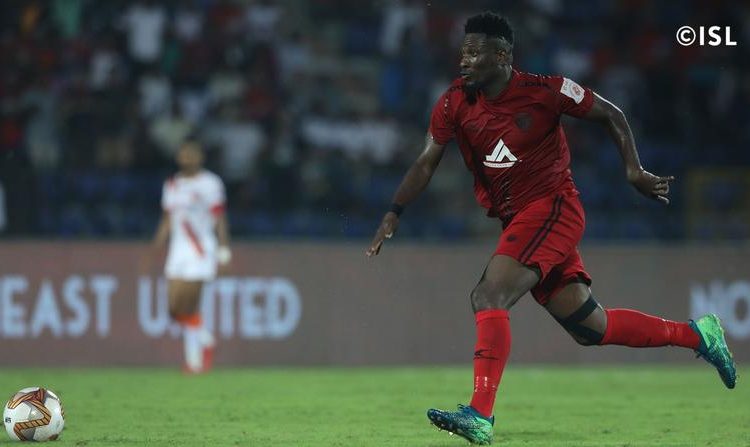 NorthEast United may not have won on Friday against FC Goa but the fans were given something else to smile about on the day.

They witnessed another home goal from Ghanaian forward, Asamoah Gyan at the Indira Ghandi Stadium and for the player, he was equally happy to score in front of the home fans for the second time this season.

He struck in the 53rd minute with a curling effort to tie the match at 1-1. Eventually, the  match ended 2-2 and after the match, Gyan shared his thoughts on scoring again in the league.

“It is good to score and as a striker, I need to do my job. I am very happy to have found the goals in front of the fans and so, it is a good for me.”

Despite Gyan’s goal, his team did not win and he spoke on the need for he and his team mates to stay locked in and win games this season.

“We need to stay focused because we were leading and with a minute to play, there was confrontation between the two teams and after that, we lost our head and we gave up a late goal. This is a huge advice to all of us because we cannot keep giving goals away.”

NorthEast United face Hyderabad in November 6 in the fourth round of the Indian Super League.