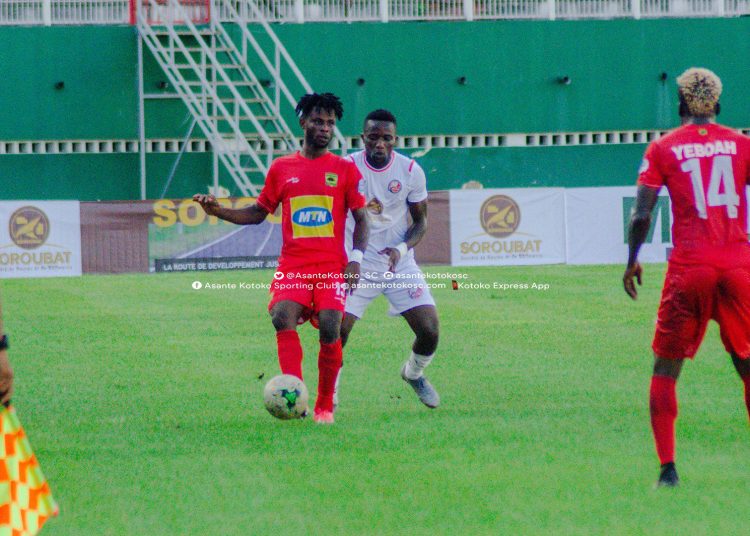 Kumasi Asante Kotoko failed to qualify for CAF Confederations Cup group stages after losing 2-0 to San Pedro in the return leg of the qualifier.

San Pedro overturned their away first leg 1-0 defeat when they conceded a deep injury-time goal from the spot, but they proved strong to take home advantage and go to the mini-league stage.

Cheick Soumaro gave the hosts a very early lead after just three minutes to equalize the aggregate clash score at 1-1. The opening half witnessed no more goals as things were left to be decided in the second stanza.

The game looked on its way to a shootout to decide the aggregate winner, but, Tidjae Diomande scored the all-important winner for the Ivoirians five minutes from time to send San Pedro to the group stage.

Kotoko finished the game with ten men after seeing the red card shown to one of their players just before the full-time whistle.