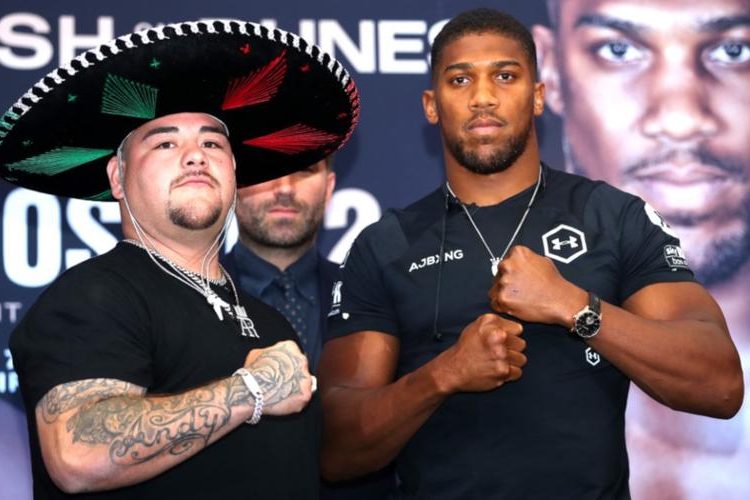 The biggest fight of the year the much-awaited rematch between heavyweight champion Andy Ruiz and Anthony Joshua will be broadcast live on SuperSport from 9pm on December 7.

The event will be available on DStv packages from Compact Plus to Premium.

Five months after American Ruiz upset Joshua in one of the greatest shocks in boxing history, the pair will meet in a purpose-built 15,000-seat arena in Saudi Arabia, in an event aptly titled “Clash on the Dunes.”

In June, Ruiz put Joshua down several times in their battle at Madison Square Garden before ending matters in the seventh round. The upset immediately drew comparisons with Buster Douglas’ upset victory over Mike Tyson in 1990 and Hasim Rahman’s dramatic victory over Lennox Lewis in South Africa in 2001.

Ruiz was dismissed largely on the basis of his roly-poly body shape, but his fast hands and solid chin saw him prevail. Former Olympic champion Joshua swears that he will make the necessary adjustments to avenge the defeat, following the path of former heavyweight champions Lewis (against Rahman), Evander Holyfield (Riddick Bowe) and Muhammad Ali (Joe Frazier), who all rebounded to win their rematches.

“He looks a little slimmer, but I don’t think that’s going to do any different. You can do whatever you want outside of the ring, but inside of the ring when it’s fight time, like Mike Tyson said, everyone has a plan until you get hit.

He’s going to try and win by points, especially since he’s going to be running around. My job is to cut the ring, and that’s exactly what we’ve been training for.”

Several outstanding fights will make up the undercard, including heavyweights Alexander Povetkin and Michael Hunter and junior-lightweights Scott Quigg and Jono Carroll.