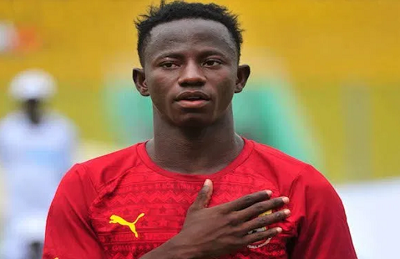 Black Meteors captain, Yaw Yeboah, says he and his team mates are prepared to face any opposition in the 2019 U-23 AFCON in Egypt.

The Meteors and seven other countries, including hosts Egypt, will be competing for three spots in next year’s Olympic Games in Tokyo.

The team has already arrived in Cairo and will train for the first time in Egypt on Tuesday evening as they get ready for the start of the group stages on Friday.

Before leaving Accra, Yeboah told journalists that the team had prepped itself well to take on their various opponents.

“For me, it has been great meeting the boys again and I was happy to see them working hard. In our last pre-tournament match in Ghana, I saw that we played well and we have taken a lot of confidence from that.

We feel very confident and I can say that we are ready for the tournament.”

Ghana will take on Cameroon on Friday, November 8 before facing Egypt and Mali on the 11th and 14th of November respectively in the group stages of the competition.

Ghana will need to finish in the tournament’s top three in order to get a ticket to the 2020 Olympics.