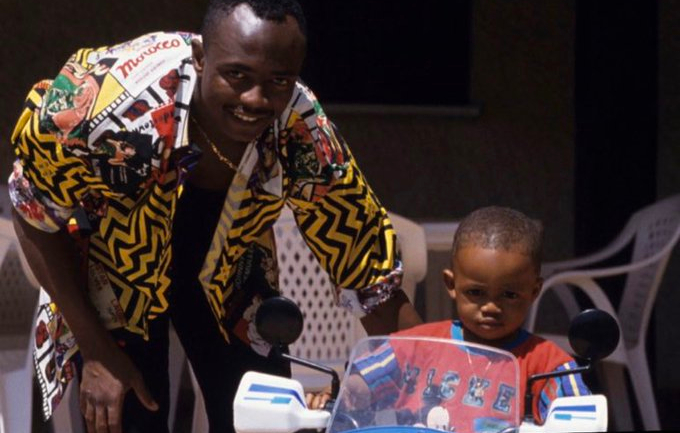 Jordan Ayew ended his seven-month-long Twitter hiatus with a heartful message to his dad on his birthday.

One message to the former national team captain would have meant more to him than most, as it came from his last born, Jordan Ayew.

Jordan, whose last two tweets prior to Tuesday were in March and then even further back in 2018, posted a picture of himself as a kid, being pushed in a three-wheeler by his father.

“Happy birthday to my idol, Number one Maestro! Love you and may Allah give you many more years!” he tweeted in addition.

The Crystal Palace forward is the last of Abedi’s four children and the third to have taken up football like their father, after Ibrahim Ayew and Andre Ayew.

Happy birthday to my idol, Number one Maestro!
Love you and may Allah give you many more years! pic.twitter.com/7r9Li5thPC

Several posts thanking the former player for his service to the nation dominated social media on Tuesday, with a number of others reminiscing his extraordinarily successful playing career.

ABEDI PELE : All his AFCON goals

Happy Birthday to one of the greatest ever African footballers – Abedi Pele! #ghana #om pic.twitter.com/8Pcwvrty2H

Abedi Pele was a serial winner in his career for both club and country. He won the French Division twice in 1991 and 1992 before crowning it off with the UEFA Champions League the next year.

Abedi enjoyed success with the Black Stars as well, winning the African Cup of Nations in 1982 and three straight WAFU titles, from 1982.

READ ALSO: 6 things to know about Abedi Ayew Pele as Ghanaians celebrate him on his 55th birthday