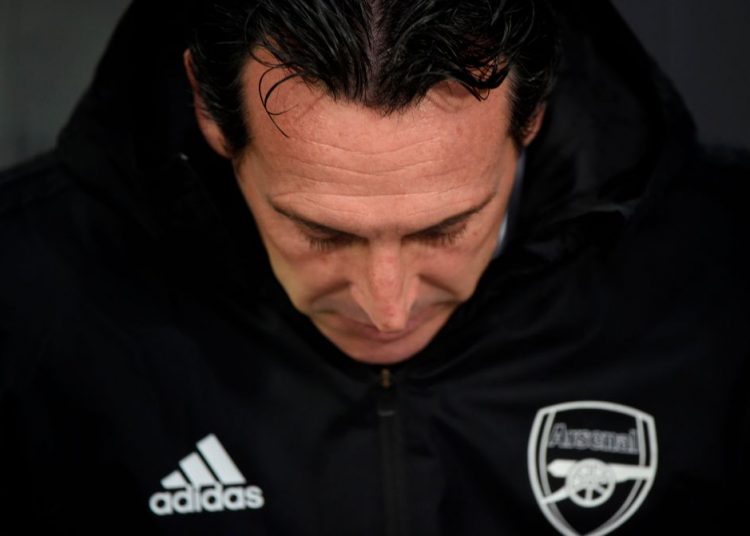 Arsenal boss Unai Emery brushed aside speculation regarding his future after his side blew a one-goal lead to draw 1-1 with Vitoria on Wednesday night.

The under-fire Spaniard is fighting to keep his job following a run of just three wins in their last nine games in all competitions.

The Gunners’ 100 percent record in this season’s Europa League came to an end in Portugal, as Bruno Duarte scored the 91st-minute equalizer for the hosts.

And Emery, who refused to explain why he named Rob Holding as captain for the European clash before kick-off, issued a defiant message in his post-match conference.

When asked if he was concerned over reports that former Manchester United boss Jose Mourinho is waiting in the wings to take over from him at the Emirates, he gave a short, yet succinct message: “I am the coach.”

Despite only managing to secure a point, Emery believed his team improved defensively in the contest and says they are on course to achieve their objective of progressing as Group F winners.

He said: “The players worked and tried. We came really close to the win. Our objective in this competition is to come first in the group – at the moment we are.

“We tried but they are a very competitive team. What was very important for us today was to be strong defensively and I thought we did that. It was 1-1 but I think we were defensively better.

“Offensively against this team it is not easy to create chances. Overall, it is not good because we want to win but for the table we are first and that is our target.”

Meanwhile, Emery also revealed that Dani Ceballos, who limped off in the second half with a hamstring problem, will be missing for the north London side’s Premier League clash at Leicester on Saturday evening.

He added: “Yes, he has a small injury but I don’t think he is going to be (available) this week.”