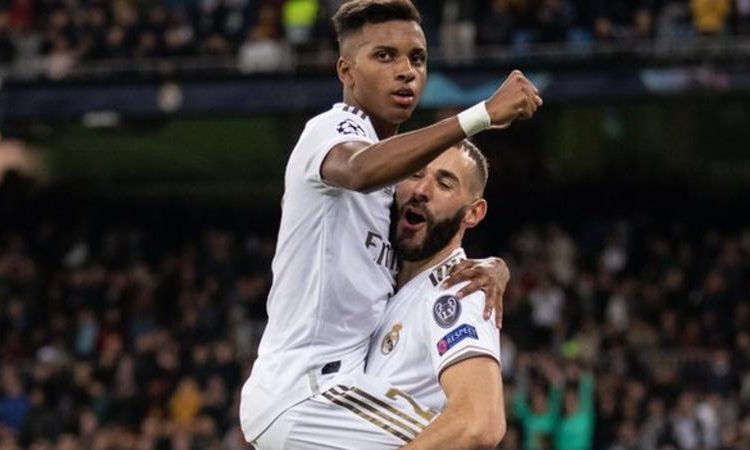 Brazilian forward Rodrygo announced himself on club football’s biggest stage with a ‘perfect’ hat-trick in Real Madrid’s 6-0 defeat of Galatasaray.

The 18-year-old became the second youngest player to score a Champions League treble, behind only Real legend Raul.

He has already been labelled the “new Neymar”, having followed in the Paris St-Germain star’s footsteps by moving from Brazilian club Santos to Spain.

Outside of South America, little was known about the 5ft 9in youngster – who is the the same height as Neymar – before his summer switch to Real.

Since then, Rodrygo has scored five times in his first six appearances for the club in all competitions.

“Hearing the Bernabeu singing my name is a dream come true,” Rodrygo said. “I’m so happy, it has been a joyous night but I must try and stay calm.”

The Bernabeu were saluting the teenager as early as the fourth minute when he clinically opened the scoring, left-footed, from his fellow countryman Marcelo’s pass.

He got his second three minutes later as he headed in superbly from another Marcelo cross, becoming the first player to score twice in the first seven minutes of a Champions League game.

He was denied the chance of a quickfire hat-trick shortly afterwards, when captain Sergio Ramos stepped up to score a penalty after Steven Nzonzi had fouled Toni Kroos.

But Rodrygo provided an assist for Benzema on the stroke of half-time and the Frenchman returned the favour in second-half stoppage time.

The teenager – whose full name is Rodrygo Silva de Goes – completed his ‘perfect’ hat-trick as he poked in with his right foot to cap a crushing 6-0 win.