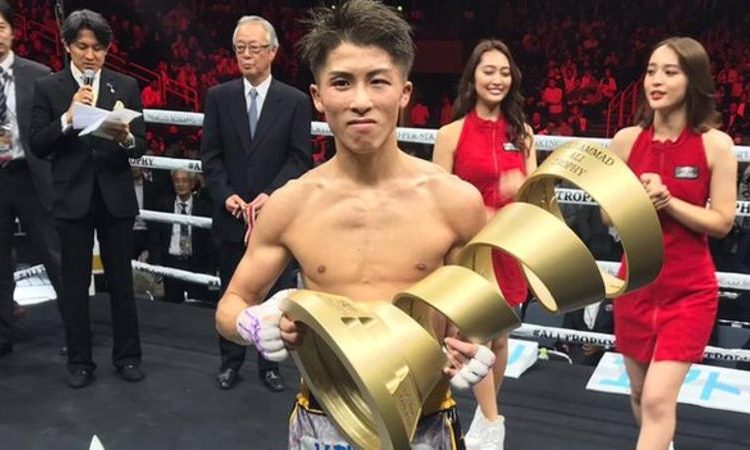 Japan’s Inoue – dubbed ‘The Monster’ for his big punching – faced vulnerable moments and was cut after two rounds.

He looked close to stopping Filipino Donaire in round five but came under pressure himself in eight, only to drop his rival with a body shot in the 11th.

The beaten man – himself a world champion at four weights – deserved to see out the 12 rounds after contributing so much to an absorbing affair at the Super Arena in Saitama, Japan.

The 36-year-old ultimately gave up his WBA world title to Japan’s Inoue, who already held the IBF belt in the 118lb division.

The pair embraced on their knees in the corner of the ring moments after the bell after serving up one of the fights of the year, before Inoue received the Muhammad Ali Trophy given to the World Boxing Super Series winner.

“Donaire was a very strong opponent,” said Inoue, 26. “This is the first cut I have had in my career. I had a double vision since the second round but I am victorious and so proud of myself.”

In his past three fights, Inoue had needed just over seven minutes in total to stop his opponents. Two of them – Britain’s Jamie McDonnell and Puerto Rico’s Emmanuel Rodriguez – held world titles going into the bouts.

That run of form led to Inoue being touted as a contender to top the much-debated ‘pound-for-pound’ list of the best fighters operating at any weight.

His left hook to the body in the 11th round looked to have secured another stoppage but Donaire made it to his feet on the count of nine and survived the barrage of punches that followed.

Donaire fell to the sixth loss of his 46-fight career but will look back on moments when he rocked Inoue, who was a heavy bookmakers favourite.

A counter right early in the eighth shook the home fighter and another right hand in the ninth left him clinging on as blood poured from above his eye and from his nose.

Inoue regrouped though, showcasing durability and power as he followed Oleksandr Usyk, Callum Smith and Josh Taylor in becoming winners of the Super Series tournament.