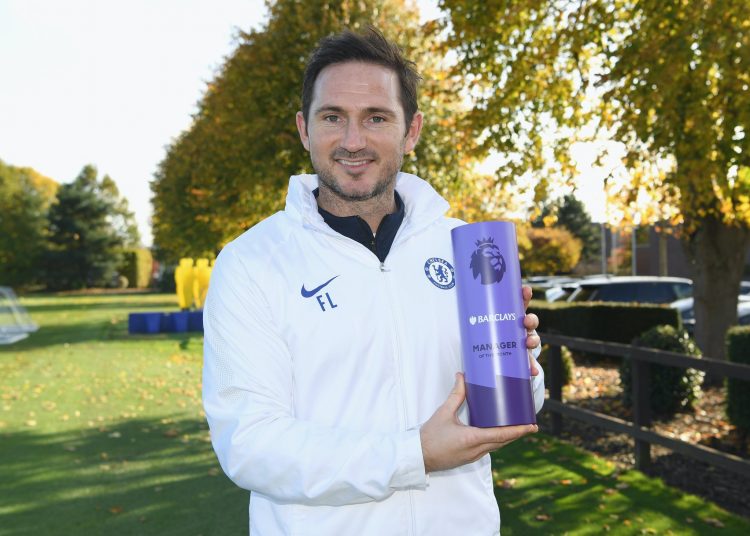 Jamie Vardy has been voted the EA SPORTS Player of the Month after surging to the top of the scoring charts in October.

“It’s great to win the award but it just shows what the team has been doing as well,” he said.

“We’ve been putting good performances in and fortunately for me I have been getting the chances and putting them away.”

Although Vardy’s month started with a stoppage-time loss at leaders Liverpool, it ended in the most spectacular of ways.

After scoring in a 2-1 victory over Burnley, he struck a hat-trick as Leicester beat Southampton 9-0 for the biggest away win in the competition’s history.

The Englishman earns the award for a fourth time, two of which came in Leicester’s 2015/16 title-winning campaign and the other in April of this year.

Premier League fans selected their favourite on the EA SPORTS website. The votes of the public were then combined with those of the 20 club captains plus a panel of football experts to decide the winner.

Frank Lampard wins his first Manager of the month award

Frank Lampard has won the Barclays Manager of the Month award for the first time.

Lampard claims October’s prize after leading Chelsea to three wins in a perfect month in which they beat Newcastle United and scored four goals in both of their away victories at Southampton and Burnley.

Those results meant the Blues won four consecutive top-flight away matches while scoring at least three goals in each fixture for the first time in their history.

“Winning an individual award like this is the perfect time to appreciate the close staff who have worked so hard since pre-season and the players, as they are the ones who go out and perform,” he said. “I am delighted for everybody.

“Out of the Premier League games we played in October, the one away against Burnley was the highlight because of the way we were so dominant in our performance and it is a very tough place to go.”

In topping a five-man shortlist Lampard adds to the four EA SPORTS Player of the Month awards that he received during his playing days with Chelsea.

The 41-year-old won after votes from the public were combined with those of a panel of football experts, beating August and September winner Jurgen Klopp, as well as Graham Potter, Brendan Rodgers, and Dean Smith.

Matty Longstaff has won the Budweiser Goal of the Month award for his winner against Manchester United on a dream Premier League debut.

The midfielder scored the only goal as Newcastle United stunned Manchester United at the St. James’ Park in October.