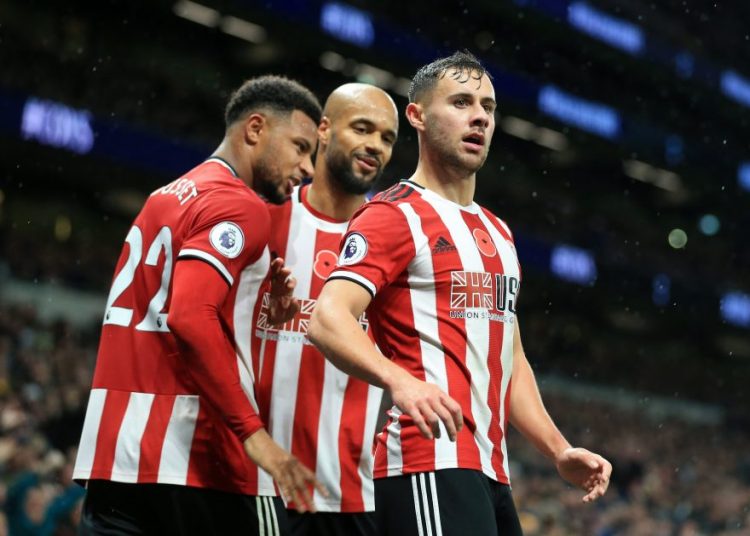 Tottenham’s miserable run in the Premier League continued with a 1-1 draw at home to Sheffield United on Saturday.

Spurs have now gone FIVE games in the league without a win, with George Baldock canceling out Heung-min Son’s opener despite VAR controversy.

The video assistant referee controversially chalked off an earlier equalizer from the Blades – in what was probably the tightest call of the season – and they took a look at Baldock’s effort too.

But after replays showed there was no touch from Chris Basham, the goal was allowed to stand, ensuring Chris Wilder’s men remarkably remain unbeaten in their last five games.

Elsewhere, a howler from West Ham goalkeeper Roberto summed up their dismal performance in a 3-0 battering at Burnley.

Ashley Barnes and Chris Wood completed the scoring for the hosts to condemn the Hammers to a sixth straight game without a victory.

Southampton is another team in disarray and that continued with a 2-1 defeat to Everton.

Tom Davies and Richarlison eased the pressure on Toffees boss Marco Silva to render Danny Ings’ equalizer meaningless for Saints, who are now on a seven-match run without a win.

Newcastle came from behind to beat Bournemouth 2-1 thanks to goals from DeAndre Yedlin and Ciaran Clark, which canceled out Harry Wilson’s early strike.

And in the day’s early kick-off, Chelsea registered their seventh straight league win with a 2-0 victory over Crystal Palace, with the goals coming from Tammy Abraham and Christian Pulisic.