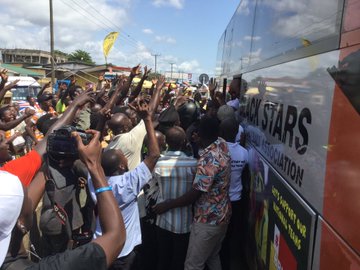 The Black Stars of Ghana were mobbed by a cheering crowd in Winneba and Mankessim as they made stops in the two towns on their way to Cape Coast for the AFCON 2021 qualifying match against South Africa.

Ghana vs South Africa is on Thursday 7pm at the Cape Coast Sports Stadium. 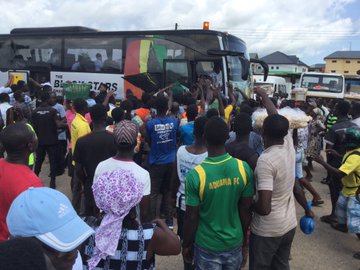 The team first stopped in Winneba, interacted with locals and distributed #BringBackTheLove T-shirts before repeating same in Mankessim.

Mankessim was even bigger! Ecstatic fans mobbed the Blac Stars when they stopped over. The players reciprocated the warm reception with #BringBackTheLove t-shirt and caps. pic.twitter.com/pUtYTMXMCv

The #BringBackTheLove campaign is an initiative by new Ghana Football Association boss, Kurt Okraku, to whip up support for the various national teams.

It seemed to have paid off as people came out to watch the Stars’ first training session at the Cape Coast Stadium later on Tuesday evening. 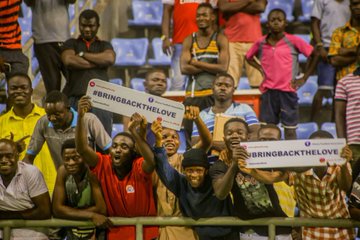 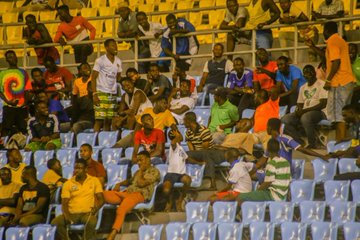