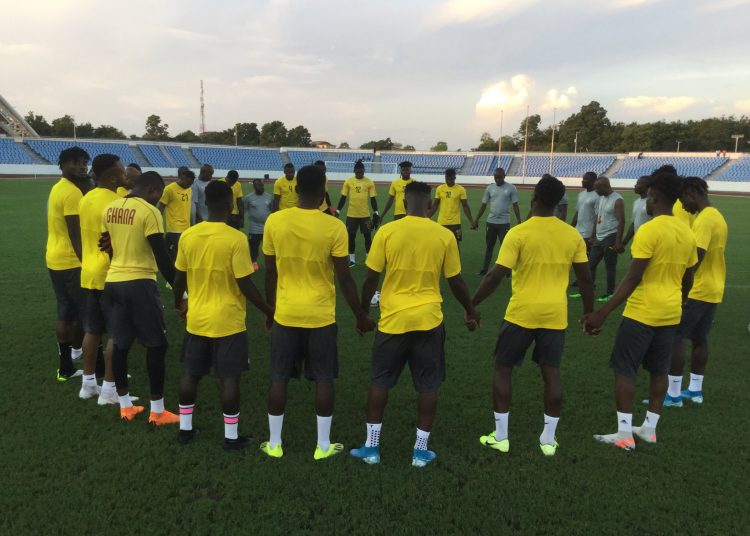 GFA President, Kurt Okraku joined the players of the men’s national team, the Black Stars, on Wednesday in their customary song and dance session ahead of tonight’s 2021 African Cup of Nations qualifier against South Africa.

The players were clearly in high spirits as the new GFA boss joined them in the ‘jama’ session, with the side hoping to begin their quest to book a place at the 2021 AFCON on a winning note, having disappointed at this year’s tournament.

The session included the players who had had been called up to the squad for the games against South Africa and also Sao Tome and Principe, like captain Andre Ayew, goalkeeper Richard Ofori and Atletico Madrid midfielder Thomas Partey.

Kurt Okraku, who was elected GFA Boss last month, is clearly determined to encourage support for the country’s various football teams having previously joined the Black Meteors and Kumasi Asante Kotoko camps ahead of crucial ties. 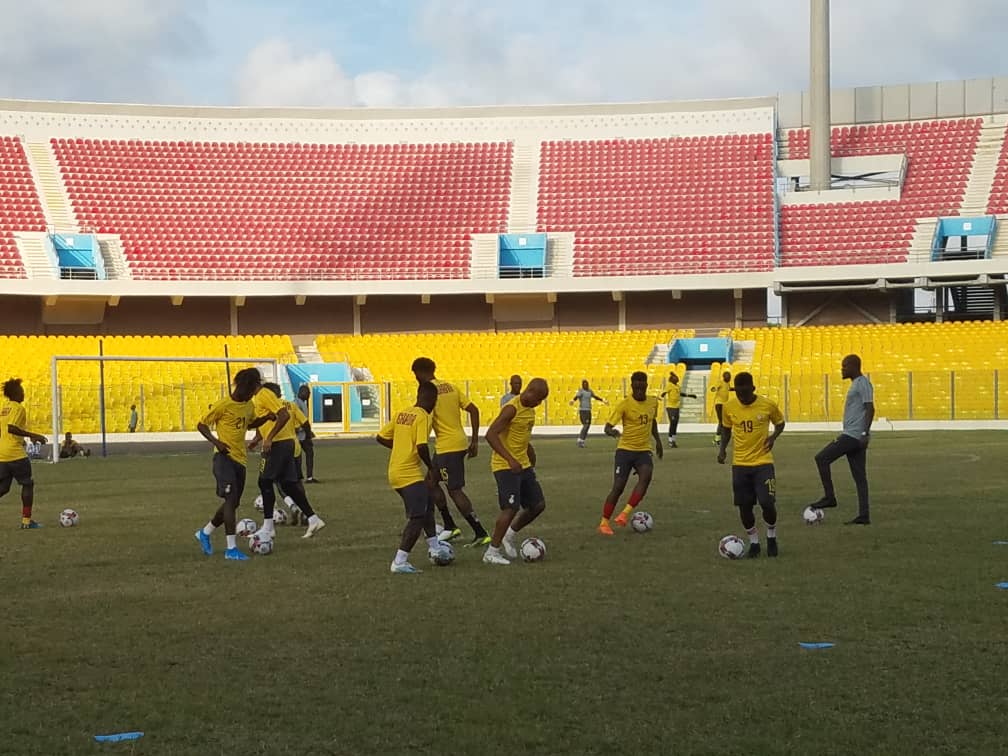 His administration has also launched the #BringBackTheLove campaign to improve support for the national teams.

The Stars themselves will be looking to change public perception of the team, which has tanked in recent years due to poor performances on the pitch and numerous controversies off it.

Sudan beat São Tomé and Príncipe by four goals to nil in the groups first game on Wednesday and now top the fledgeling group, with Ghana and South Africa hoping to join them later tonight

The match will be played at the Cape Coast stadium and kicks off at 7:00pm.

Watch the jama session below

Ready for battle tomorrow……our Stars, together with GFA President ⁦@kurtokraku⁩, were in high spirit after their final training session at the Cape Coast Stadium. #BringBackTheLove #AFCON2021 pic.twitter.com/AkzFHZqCAC

U-23 AFCON: What Ghana’s Black Meteors need to do to qualify from their group