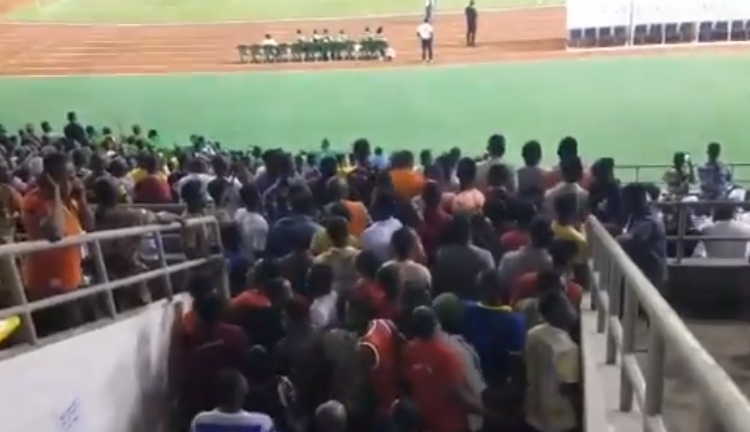 While most Ghanaians wait eagerly for the Black Stars to take to the field for the first time in four months, some safety concerns have been raised at the Cape Coast Stadium ahead of the game against South Africa.

With anticipation for tonight’s game at the stadium fever-pitch, tickets for the game sold out before kick-off with many people still waiting to enter the stadium. 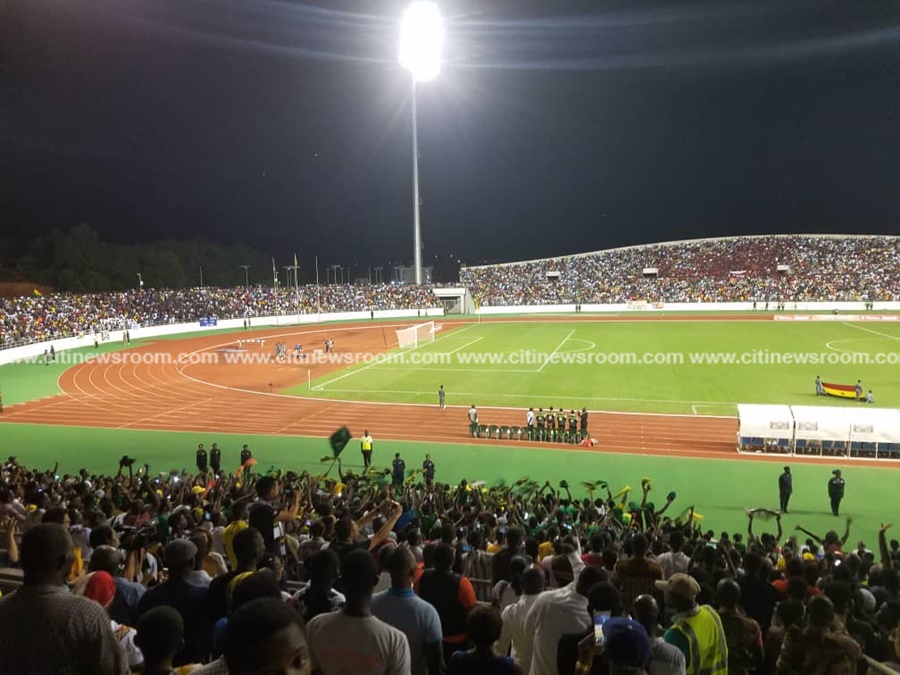 And according to Citi Sports’ Fentuo Tahiru, the gates were opened to allow more people, “mostly students” in.

Fentuo tweeted a video of the crowd pouring into the stadium with the caption: “Is this even safe????”

Renowned sports journalist, Michael Oti Adjei tweeted as well: “Reminds me of the first time Ghana played in Sekondi. Main gate came down and it was hell moving around. Definitely not safe.”

Reminds me of the first time Ghana played in Sekondi. Main gate came down and it was hell moving around. Definitely not safe. https://t.co/js6ApfcU9m 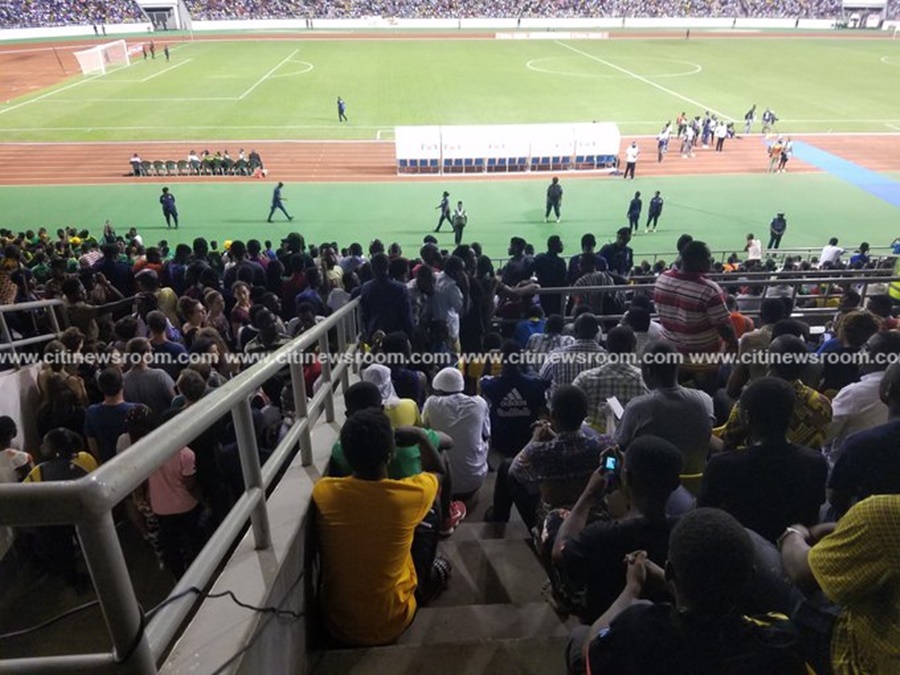 Despite the impressive attendance at the stadium, authorities will definitely harbour some concerns ahead of the game. 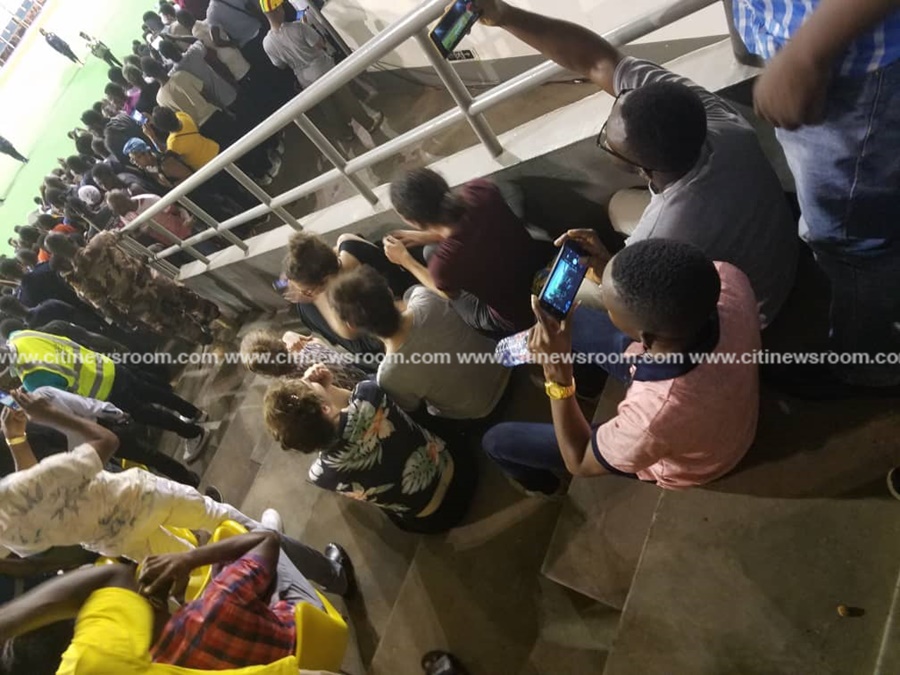 Some fans could be seen huddled together or sitting on the steps inside the stadium as all the seats were occupied. 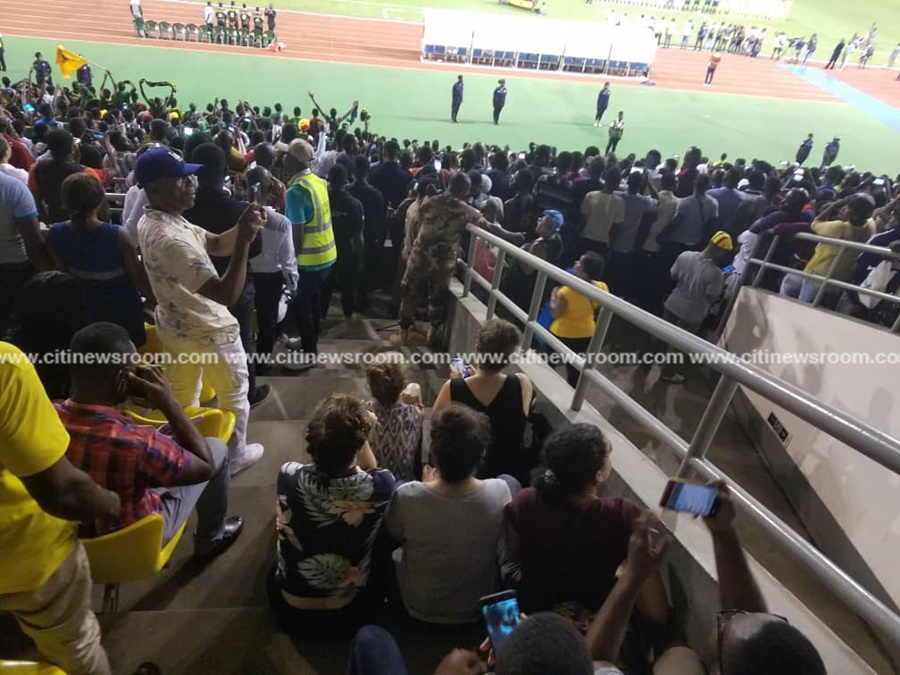 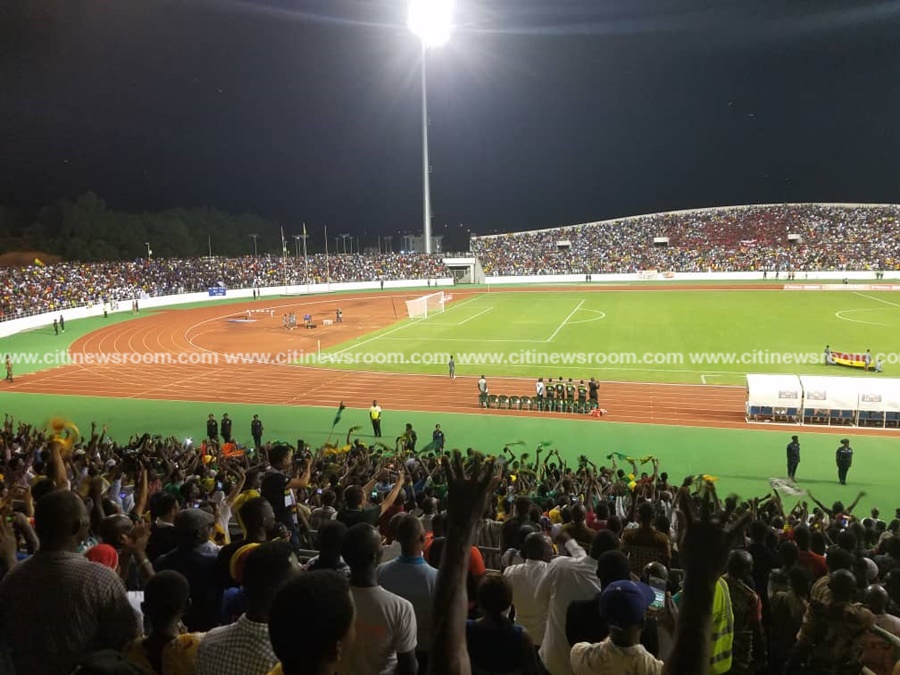 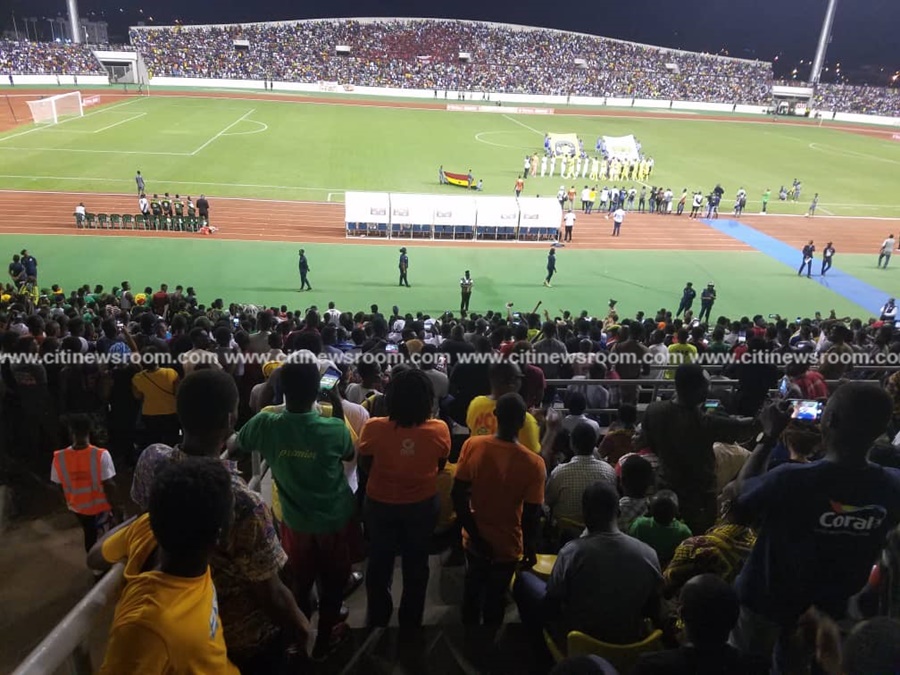 The Black Stars are hoping to begin their quest to book a place at the 2021 AFCON on a winning note.

Sudan beat São Tomé and Príncipe by four goals to nil in the group’s first game on Wednesday and now top the fledgeling group, with Ghana and South Africa hoping to join them later tonight.