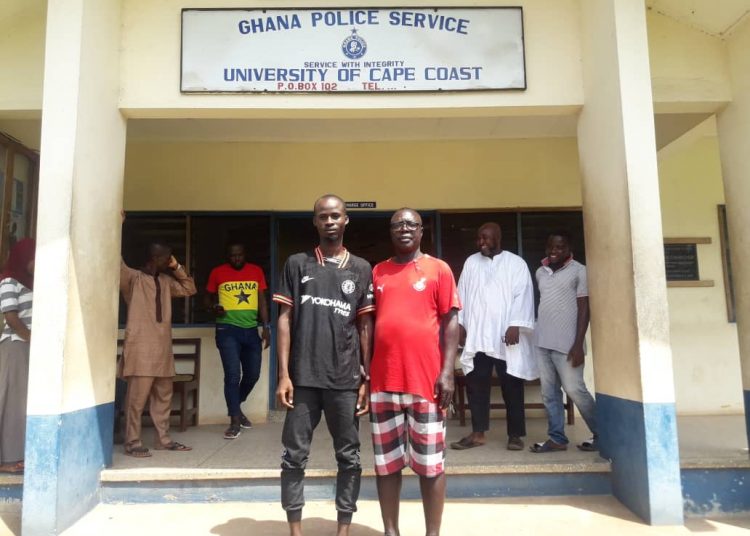 The fan who invaded the pitch during Ghana’s 2-0 win over South Africa in an AFCON 2021 qualifier has been granted bail.

Awal Suleman, 25, has been in police custody since Thursday evening, when he was arrested.

Police in the Central Region say the 25 year old nurse will face prosecution for his actions.

Awal Suleman, the fan who was detained by the Police after invading the pitch last Thursday has been released from police custody. With him is our Central Region FA Chairman, Robert Duncan, who represented the GFA to assist in facilitating his bail#BringBackTheLove#SafetyFirst pic.twitter.com/HzbTaS8vm8

Awal had been fulfilling a dare as he had promised to complete the crazy celebration should Ghana win the match against South Africa by two goals to nil.

Jumping over the railings from the stands, Awal sprinted onto the pitch and evaded a number of the security officers who were chasing him.

He was later taken to the University of Cape Coast police station where he has been kept until today.