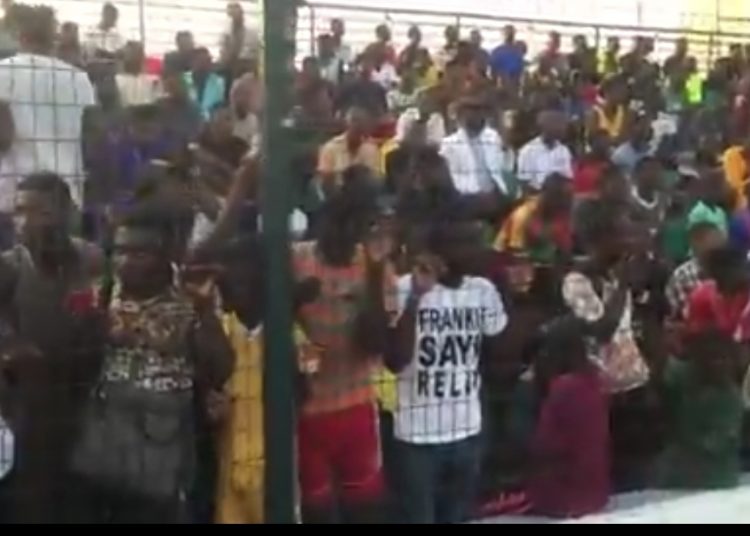 A massive crowd of teeming supporters observed the Black Stars’ recovery training at the Zurak Park in Madina Friday evening.

Kwesi Appiah’s men are preparing ahead of their second AFCON 2021 qualifying match against Sao Tome and Principe on Monday in Sao Tome.

Moving the Stars’ training to the Madina community is part of the campaign to bring the team closer to the fans in the #BringBacktheLove campaign.

The Black Stars are back to training in Accra, and news of their unexpected arrival at the Zurak Park in Madina has attracted several fans from the community to the training ground.#Afcon2021Q#BlackStars#BringBackTheLove pic.twitter.com/ysZ6JPAxSb

The team will train again in Madina on Saturday at 5pm before flying out to Sao Tome on Sunday.

Ghana beat South Africa 2-0 in their first qualifying match on Thursday at the Cape Coast Stadium with goals from Thomas Partey and substitute Kudus Mohammed handing Kwesi Appiah’s side all 3 points.

U-23 AFCON: Ghana to face Côte d’Ivoire in semis on Tuesday

U-23 AFCON: Ghana to face Côte d’Ivoire in semis on Tuesday