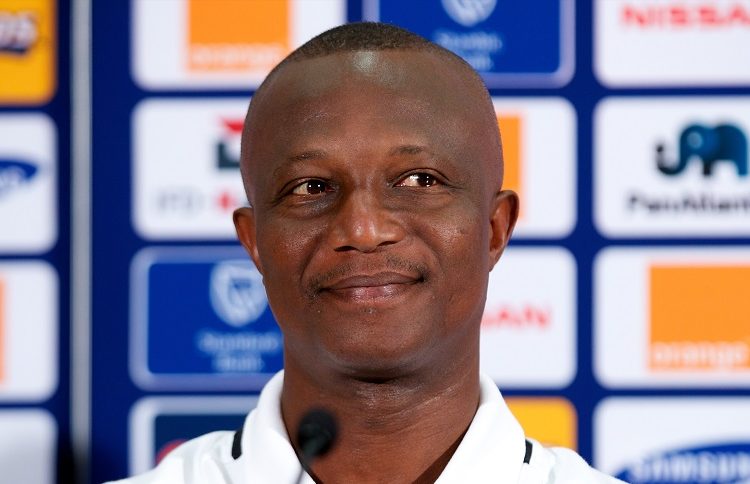 Coach of the Black Stars of Ghana, James Kwesi Appiah has rubbished claims that Ghana’s match against São Tomé and Príncipe later today will be an easy game.

São Tomé and Príncipe who are currently ranked 180th in the world are one of the lowest-placed teams in the qualifiers.

They also lost 4-0 to Sudan in their opening qualifier leading to suggestions that the Black Stars could be set for a windfall against them.

However, Kwesi Appiah believes that despite their low ranking, Sao Tome could still pose a threat to his side.

“I don’t think it’s going to be an easy game. I don’t believe in what people think; that São Tomé does not have a good team.

There are about eight or nine Portuguese players and so it is a game we have to take it seriously. We go there and give our best and come out victorious”.

Kwesi Appiah acknowledged the efforts put together to help the Black Stars train at Madina in preparation for today’s game.

“I would like to thank the management of this turf and everyone who made sure there is such a place for us to be able to train.

Even for us to be able to train at this time with all the lights on and everything, I think it is really nice and has benefited us a lot”.

The head coach believes that his side being able to train with the spectators around is important and should be encouraged.

“We need to bring the players close to the people and once there is a pitch like this, we can help do this”.

Kwesi Appiah added that Ghana’s win 2-0 win over South Africa last Thursday was a “good booster” ahead of the game with São Tomé and Príncipe.

“I think it is important for every Ghanaian. The most important thing is the victory we accomplished and it is a good booster for our second game.

I don’t normally rely on previous wins because once you finish with it, you concentrate on the match ahead of you”.

The Black Stars will play against São Tomé and Príncipe on Monday at 1 pm.