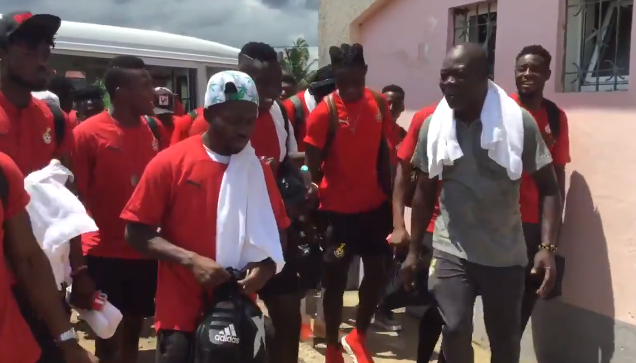 The Black Stars made their way to the national stadium in São Tomé and Príncipe in typical joyful mood, singing as they entered the facility.

Ghanaians will hope that this jubilant mood translates into a good performance on the pitch and lots of goals as well against a side who have conceded 20 times in their last 10 games.

The Stars will be hoping for a good victory against the world’s 180th ranked side having beat SOuth Africa 2-0 last Thursday.

São Tomé and Príncipe themselves are searching for their first point of the qualifying series having lost 4-0 to Sudan last Wednesday.

Kwesi Appiah named a strong side for today’s game, making only one change from the side that beat South Africa.

Sassuolo midfielder, Alfred Duncan drops to the bench with winger Samuel Owusu starting in his place. 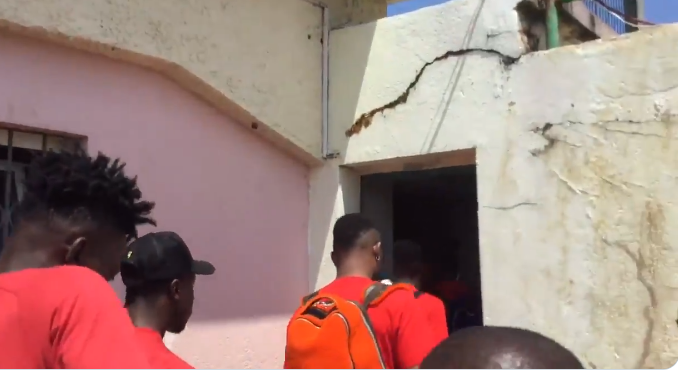 The rest of the side remains unchanged with Baba Iddrisu keeping his place in midfield after a strong performance on his debut, alongside Andre Ayew, Thomas Partey and Owusu.

Richard Ofori predictably starts in goal and is supported by a back four of Andy Yiadom, Gideon Mensah who made his international debut against South Africa, Joseph Aidoo and Kassim Nuhu.

Jordan Ayew yet again leads the line, along with Dalian Yifang’s Emmanuel Boateng.

There’s no place, however, for Kudus Mohammed despite his goal and overall impressive cameo last Thursday.

See the video of the Black Stars’ arrival at the stadium below:

The Black Stars have arrived at the National Stadium of São Tomé. As usual, they are fired up for the match, which kicks at 13:00 GMT.#AFCON2021Q #BlackStars#BringBackTheLove pic.twitter.com/SSIiJzmxMO