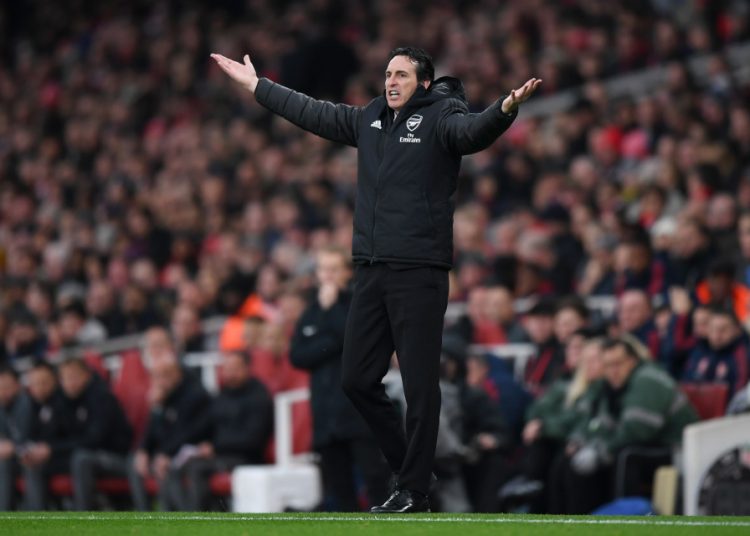 Unai Emery’s future as Arsenal manager may have been saved thanks to Alexandre Lacazette’s last-minute strike to salvage a 2-2 draw against Southampton in front of an angry Emirates.

Saints were on the verge of claiming their first victory ever away at the Gunners until the Frenchman equalized seconds before the final whistle.

Lacazette had canceled out Danny Ings’ early opener before James Ward-Prowse’s put Saints in front from the spot, but it wasn’t enough to end their seven-match winless run.

Elsewhere, Liverpool left it late once again to beat Crystal Palace 2-1 and go eight points clear at the top of the Premier League table.

Wilfried Zaha thought he had snatched a point for the hosts, equalizing in the 82nd minute after Sadio Mane’s strike, but Roberto Firmino capitalized on a goalmouth scramble three minutes later.

Leicester kept up the pressure on the leaders, though, with an impressive 2-0 victory at Brighton to ensure they remain second.

Earlier in the day, Jose Mourinho began his Tottenham reign in style with a 3-2 win at West Ham, which adds Manuel Pellegrini to the list of managers who could be next in line for the sack.

And you might as well throw Everton boss Marco Silva into that as well after his side lost 2-0 to struggling Norwich at home.