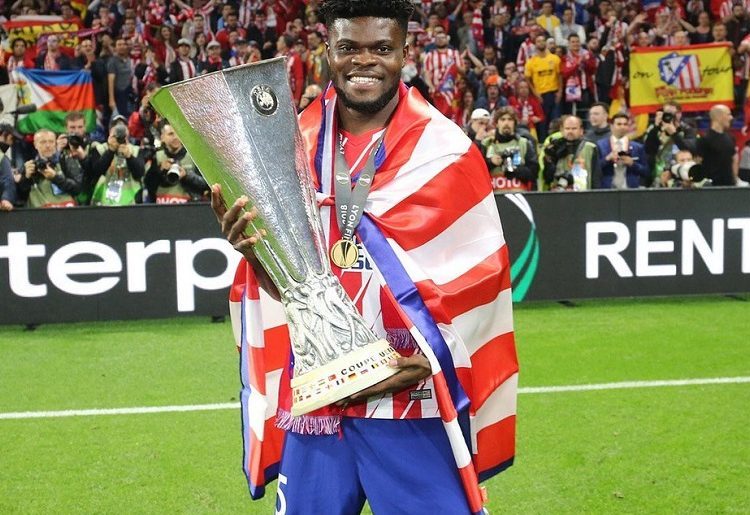 Ghana duo, Thomas Partey, and Jordan Ayew have been nominated for the African Player of the Year.

Your African Player of the Year Nominees 🌍🏅

The duo was involved in Ghana’s AFCON campaign that ended in a loss to Tunisia on penalties.

CAF released the official list for the prestigious award and a host Africa’s finest players making the list.

Thomas Partey and Jordan Ayew has been impressive for both club and country this year and has been recognized for their performances.

Partey and Ayew have been instrumental in Ghana’s quest to qualify for 2021 AFCON as they helped with goals in the Black Stars’ victories against South Africa and São Tomé and Príncipe.

The 25-year-old Atletico Madrid star scored Ghana’s first goal of the qualifiers as his shot found the back of the net in a two-nil win for the Kwesi Appiah’s men.

Jordan Ayew scored from 12-yards out as Ghana topped Group C with two wins from two.

The list has names like Sadio Mane, Mohammed Salah, Pierre-Emerick Aubameyang among other big names who are thriving for both club and country.

The tall list will be trimmed to three before the awards ceremony which will take place on January 7, 2020, at the Citadel Azure, Hurghada, Egypt.